Texas Brothers Break Their Own Record With Massive Shark Catch

By Jennifer Pernicano on July 16, 2019
Advertisement 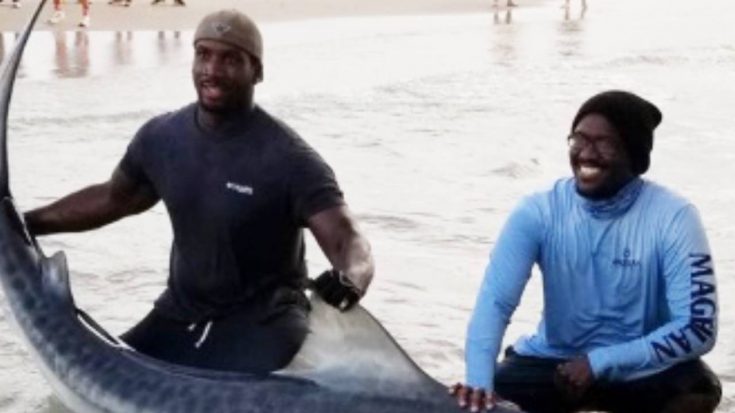 Using an Avet 80W reel, a Barret Rod, and stingray as bait, Andrew and Stephen – who make up Team Seaborn Fishing – caught an 11-foot-11-inch tiger shark just off of Bob Hall Pier in Corpus Christi, Texas.

Andrew told mySA.com that it took the brothers 30-45 minutes to reel in the 200 yards of fishing line the female tiger shark “effortlessly” pulled. They brought the shark to the surface to snap a photo then released her back into the ocean.

While he is unsure if their catch broke any records, the shark was a “personal best” for them.

“The only records we are hoping to break are our own,” Andrew said. “We are avid catch and release fishermen when it comes to big sharks, so we would never try to have a fish submitted for a record unless it’s a catch and release record.”

Andrew and Stephen have caught sharks ranging from five to seven feet, but this is the first time they’ve caught one over ten feet long.

Two uneventful nights out on the pier. Friday night we had some beautiful baits out that barely got touched. Saw a few…

Watch a man reel in a tiger shark similar in size to the one Andrew and Stephen caught below.