By Jennifer Pernicano on September 23, 2019
Advertisement 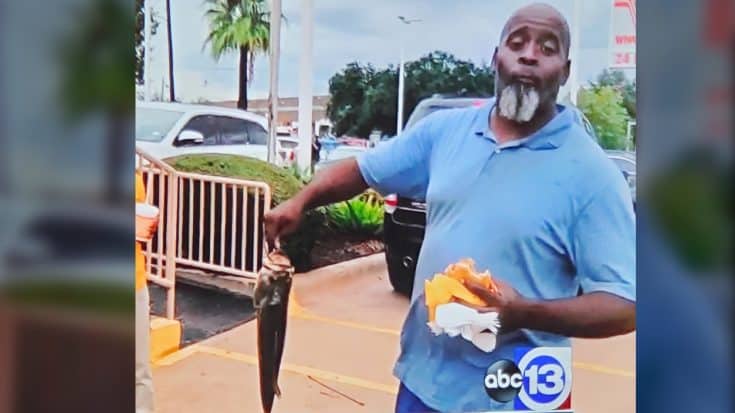 Tropical Storm Imelda dumped over 40 inches of rain in Texas last week and over the weekend.

One man was at his local Whataburger when the water levels rose, so he was waiting until they went down. While he was waiting, he found a fish stranded in the floodwaters on the feeder road near I-45 and Cross Timbers.

The man then hooked the fish and brought it back to his truck – Whataburger in hand – so he would have dinner later on.

An ABC13 employee was on hand and captured footage of the man bringing the fish, which witnesses thought was a trout, but was later being reported as a bass, to his vehicle.

Fish ? in one hand and half eaten ?Whataburger in the other.ABC13 producer David Rodriguez was stuck on the highway due to the flash flood emergency and captured this “Only in Texas” moment. http://abc13.com/5553766/