By Manly Bryant on June 7, 2021
Advertisement 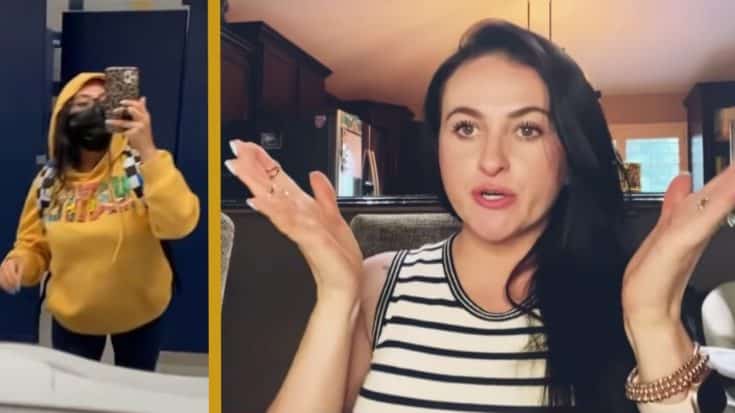 Casey Garcia from El Paso, Texas got herself into a little legal trouble after posing as her 13-year-old daughter and infiltrating the school for a day to prove that schools are not protected properly.

She explained on her YouTube channel that it’s not just her daughter’s school that’s easy to access. She believes many schools around the nation need to look at their security procedures to ensure the safety of the children.

In the video, Casey put on makeup, dressed up as her 13-year-old daughter, and started filming the social experiment from start to finish. Footage showed her commentating as she walked towards the front of the school. She easily passed both the principal and a teacher who said good morning to her but did not notice she was an adult.

With a hoodie, glasses, and a mask to cover up her face, plus a little help from her daughter’s classmates, she made it through lunch and almost through the entire day before getting caught.

During the second to last period, a teacher asked her to stay after class and after all the students left, the teacher looked at Casey and said, “You’re not Julie,” who is Casey’s daughter. Casey said she pulled down her masked and took off her hoodie and said, “That’s right, I’m not Julie, I’m her mother.”

The teacher, very confused about the situation, asked Casey to go to the principal’s office in which she willingly did. She spoke to the principal about why she did it, made a written statement, and then drove home.

Casey continued producing her video to raise awareness and a few days later the police showed up and arrested her. She spent the day in custody and was released later on a $7,808 bond.

Mom Explains Why She Posed As Her Daughter

Full Video Of Police Coming To Her House