Hunter Grabs Quail As It Flies By Him

By Manly Bryant on October 20, 2020
Advertisement 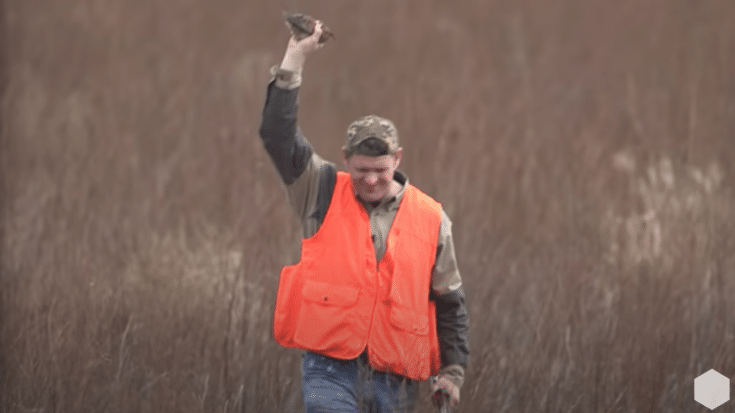 A 25-second video of a Texas pastor at the Austin Stone Community Church went viral with more than 3 million views on YouTube.

As unexpected as it may seem, the footage shows the pastor walking towards the person holding the camera when a low-flying bird suddenly soars through the air right in front of the pastor. With not much effort, he was able to snatch the bird out of the air with just one hand.

“It was such a fluke thing. We were walking back to the trucks, and it just happened,” Pastor Carter stated to NY Daily News.

The video triggered many comments and questions on how real this video was. Some even doubted its validity and said it was a fake video.

“That Colt McCoy quail-catch video is about as fake as fake gets. Unless someone trained a quail which is very difficult to believe,” JoeBucsFan wrote on Twitter.

“It’s actually real. Freak thing … but I caught it,” Carter answered back.

The video was initially captured for the promotion of a new book to be launched by the pastor, called The Real Win. The book is jointly written by Pastor Caster and Colt McCoy, a San Francisco 49ers quarterback and a former University of Texas Longhorn. The video is wild; take a look at it below.