By Miranda Raye on November 13, 2019
Advertisement 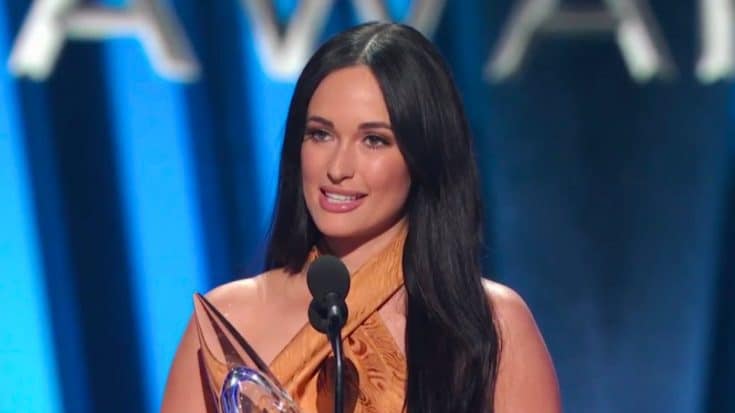 The CMA announced its 2019 awards ceremony would be devoted to celebrating the women of country music. Dolly Parton and Reba McEntire joined 12-year host Carrie Underwood as guest co-hosts to add an extra dose of girl power to the event.

All three got the chance to perform throughout the ceremony. Other female artists were given the spotlight as well, including Sheryl Crow, Hillary Scott of Lady Antebellum, and Miranda Lambert.

With so much focus on female artists, the anticipation surrounding the announcement of who would be named Female Vocalist of the Year was at an all-time high.

The nominees in the Female Vocalist of the Year Category were as follows:

When the nominees were announced, fans knew this could be anyone’s game.

Lambert holds the record for the most wins in the category, with a total of seven. Underwood comes in second place, with a total of five past wins. She is also the reigning Female Vocalist of the Year, since she took home the trophy in 2018.

Morris, Musgraves, and Ballerini have never won in the category, but have all been nominated in the past. And each one of them enjoyed a successful year.

Finally, the time came for the winner to be announced during the CMA Awards on November 13. The 2019 CMA Female Vocalist of the Year is…Kacey Musgraves!

It’s no wonder why Musgraves won this award! She celebrated many accomplishments since the last CMA Awards, a short list of which you can view below:

As you can see, Musgraves had a spectacular year. And now it just got even better since she was named the 2019 CMA Female Vocalist of the Year!

This is Musgraves’ first win in the category after being nominated five times in the past. Join us in congratulating her!