The Bizarre New Sandwich Combo That People Are Obsessing Over 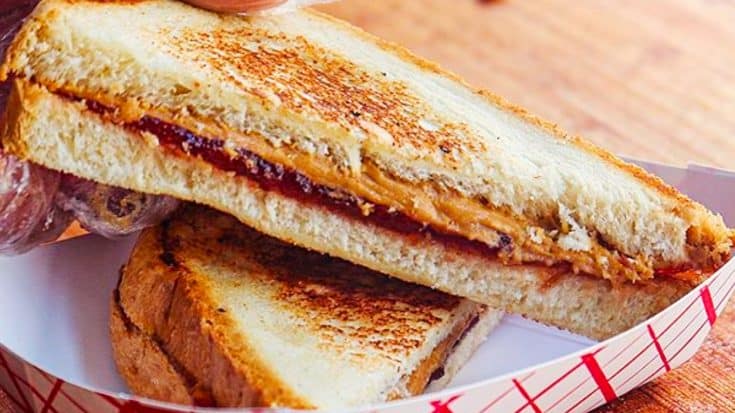 From coast to coast to continents across the globe, there’s one thing most people can agree on: sandwiches are a household staple. Whether you prefer extra meat or purely just veggies, there is a sandwich out there for everyone. But the recent trend in sandwich fashion has citizens questioning if it’s truly brilliant or simply disgusting…you decide for yourself.

Introducing the peanut butter and pickle sandwich – aka the PB&P. For decades the sweet and salty treat has sneakily made its way into lunchboxes and afternoon snack plates, but where did it really all begin? Let’s take a look back.

Ok, I’ve seen this pop up a few times this week and I’m curious who would be willing to give it a go. At first I was disgusted but now, color me intrigued. Who’s in, peanut butter and pickle sandwich?

The phenomenon of the PB&P dates back to the Great Depression era when Americans were forced to press pennies (and pickles apparently). While the recipe rarely made headlines as the hot new sammy on the market, one man remembers the moment the PB&P unexpectedly changed his life and business forever.

Lee Zalben, the founder and president of Peanut Butter & Co., had been serving up delicious peanut butter sandwiches to hungry city goers since 1998. His little shop took residency in Greenwich Village in New York City – gaining a popular reputation for its tasty toasts.

Following up the earlier post, here's a photo of Peanut Butter and Co.'s storefront sign in Greenwich Village!

Posted by Signs of the Times Magazine on Sunday, January 24, 2016

One afternoon, about 13 years ago, a pregnant woman walked into Zalben’s shop with a rather unique craving. The woman explained that she was two weeks past her due date and was in the mood for a peanut butter and pickle sandwich. Zalben admitted to The Seattle Times,

“I’d never heard of it. But we like to think we can take care of anyone’s peanut butter craving.” Lee continued, “So I ran to the corner store and bought a jar of pickles. I made two sandwiches, one for her and one for me.”

It wasn’t long before Zalben found himself eating a PB&P sandwich every day!

“The first time I tried one, I had this incredible sense of tasting something really new for the first time. I couldn’t get it out of my head.”

And he’s never looked back since.

Posted by Peanut Butter and Pickle Sandwich by Bruce Larkin on Sunday, June 18, 2017

So grab your favorite jar of PB and smack on some pickles for this finger-lickin’ snack!

Do you have any unique ingredients you like add to your favorite sandwiches? Share with us in the comments!

The Internet Is At War Over Peanut Butter And Pickle Sandwiches