“The Bones” By Maren Morris Named CMA Single Of The Year 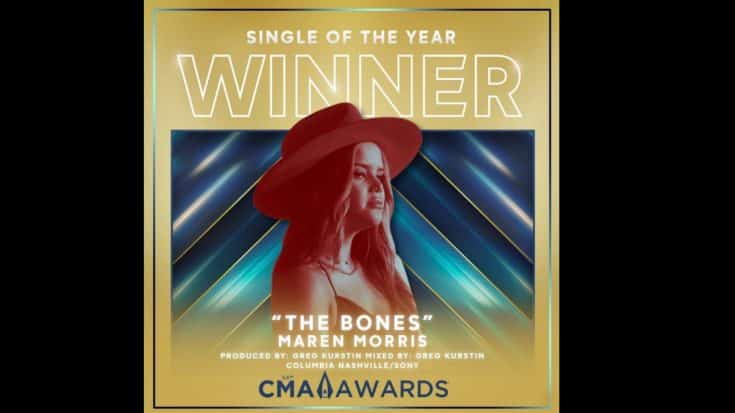 The CMA Awards show is taking place in Nashville at the Music City Center. Unlike years past, social distancing is being enforced and only the show’s presenters, nominees, performers and crew are on site. But, that didn’t diminish the excitement of the night as one of the show’s first trophies was awarded….Single of the Year.

Radio show host Bobby Bones was on-hand to present the trophy after reading the list of nominees:

And the Single of the Year award went to….”The Bones” by Maren Morris.

It was the first CMA Award win for Single of the Year. During her acceptance speech Morris, who gave birth to her first child 8 months ago, said that just being out of the house was a win.

“The Bones” was recorded for Morris’s second studio album, Girl, and earned three CMA Award nominations: Single of the Year, Song of the Year, and Musical Event of the Year.

Congratulations to Maren Morris on her win!