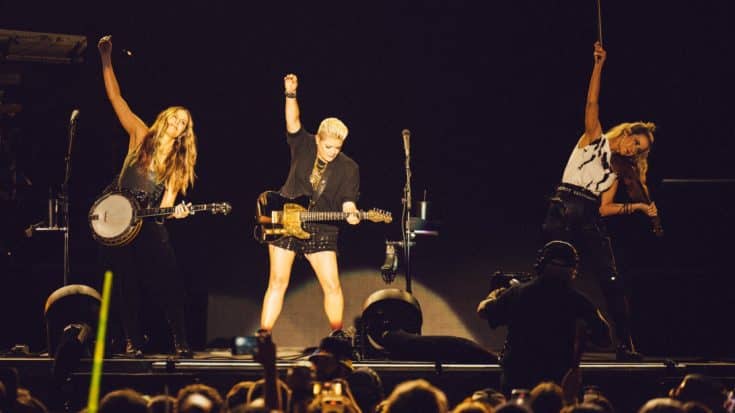 Fans of The Chicks were left disappointed Sunday night (June 19) when the Grammy Award-winning band ended their show early.

The female trio, consisting of Natalie Maines, Martie Maguire and Emily Strayer, were on stage at the Ruoff Music Center in Noblesville, Indiana, when Maines appeared to have trouble with her voice, an issue she reportedly blamed on allergies.

“I just can’t…we’ll try one more song. Waiting for this shot to kick in. Not a shot of alcohol…a shot of steroids. I’m so sorry. I just can’t pull it off,” a frustrated Maines told the crowd as captured in a video by a concert attendee.

The Chicks took to social media after cutting the concert short and apologized, saying: “Indianapolis, we are so sorry we could not give you the show you deserved OR the show we wanted to give you. We will be back Indianapolis!!”

The group shared an update on Monday (June 20) telling fans that they had “strict doctor’s orders for vocal rest” and were forced to postpone additional shows.

Fans took to social media to show support for The Chicks, most of whom were sympathetic to the vocal struggles the group was dealing with.

@MainesMusic was an angel for trying to sing through the struggles of the Indiana cottonwood bloom, and we can’t wait to come back and see @thechicks again at @ruoffmusicenter! Thank you for giving it your all, we love you! ☺️??