By Jennifer Pernicano on February 28, 2019
Advertisement 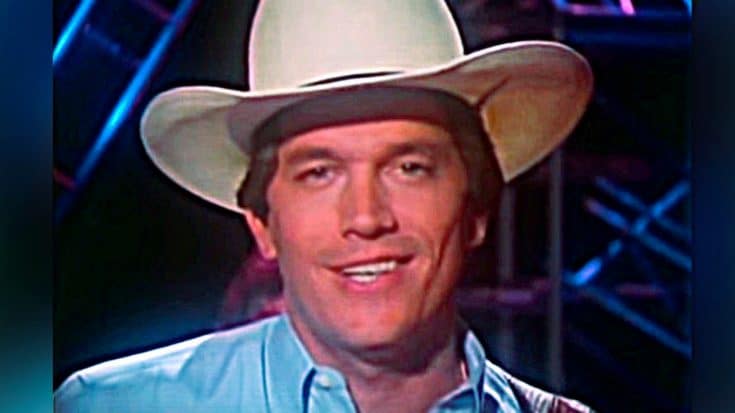 You probably know this song extremely well, but do you know how it came to be?

In the 1980s, we were introduced to the future King of Country Music. In that decade alone, George Strait released nine albums, which produced 17 number one singles, one of which was “The Chair.”

@GeorgeStrait At ACM Awards held at Disney that year. pic.twitter.com/hBwqXRfxh4

Strait released “The Chair”- a clever song about a man attempting to talk to a beautiful woman by telling her she is sitting in his chair – in August 1985 as the first single off his album Something Special.

It reached the top of the charts the week of December 21, 1985 and is highly regarded as one of the best country songs of all time. In fact, it placed 24th on CMT’s list of the 100 Greatest Country Songs. “The Chair” was in good company on that list, placing just behind “Blue Eyes Crying In The Rain” and before “Folsom Prison Blues.”

The Story Behind “The Chair”

Because of how successful the song was and still is, we’ve always wondered how it came to be. Well thanks to a 2015 interview with one the song’s writers, Dean Dillon, we now know. He and his good friend, Hank Cochran, had just written a couple of songs with Royce Porter on Cochran’s boat in the Caribbean. Those songs ended up being hits for Keith Whitley titled “Miami, My Amy” and “Homecoming ’63.”

Porter flew back to Nashville, but Dillon and Cochran were celebrating their two songs, knowing they were going to be huge hits.

“By about four in the morning, I had drunk so much whiskey that I had actually drunk myself sober; I didn’t know you could do that, but I did it,” Dillon told Texas Monthly. “I was tired though, and it was four in the morning again, like it always seemed to be for me and Hank. And I don’t know what happened, but then Hank sat down in a chair across from me, and I looked at him, picked up the guitar, struck a G chord, and started singing, ‘Well, excuse me, but I think you’ve got my chair.’ And he said, ‘Have you written that song?’ I said, ‘No.’ And he said, ‘Well, we’re about to.’ And 45 minutes later, we’d written ‘The Chair’.”

The two wrote the first half of the first verse extremely fast. They knew right away they wanted it to be a conversation song with no chorus, just repeating melody. Then they got stuck. Cochran went outside to grab a beer and brainstorm a little more.

After 15 minutes, he came back and suggested the lyrics, “Well, thank you, can I drink you a buy? Aw, listen to me, what I mean is, can I buy you a drink? Anything you please.”

Dillion’s initial thought was, “Man, that is either the craziest damn thing I ever heard of in my life, or this guy’s brilliant.”

Ultimately, he loved it because the lyric shows just how nervous the narrator is to approach the woman that he stumbles over his words. While they were recording the demo for “The Chair,” Royce, Cochran and Dillon had the idea for another Strait hit, “Ocean Front Property.”

But that’s a story for another time.

Watch Dillon perform “The Chair” for Strait in the video below.