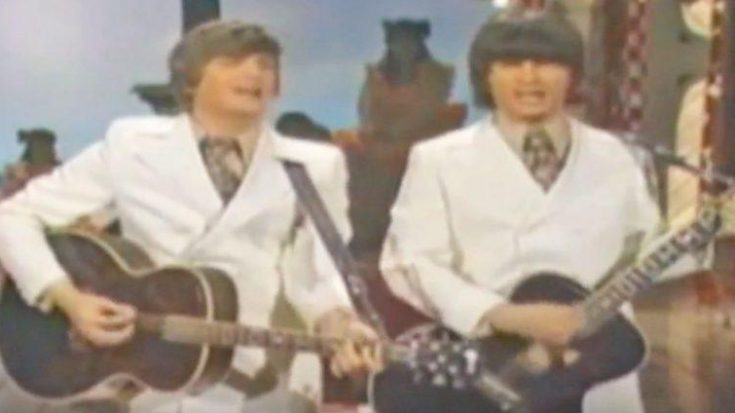 Very few people can say they are in both the Rock and Roll Hall of Fame as well as the Country Music Hall of Fame. It should come as no surprise that The Everly Brothers are one of these rarities.

Performing on live television back in 1969, The Everly Brothers put a unique spin to the Merle Haggard classic “Mama Tried.”

Haggard wrote the tune about the pain and suffering he caused his mom by being incarcerated when he was just 20 years old. Although the song isn’t completely autobiographical since Haggard wasn’t sentenced to “life without parole,” the song was still heavily influenced by his life. He did, however, turn 21 in prison as the chorus states.

He released “Mama Tried” as a single in 1968 and The Everly Brothers included it on their album Roots, which was released later that same year. Roots was The Everly Brothers’ first step into the country rock world and the album featured many country covers including Jimmie Rogers’ “T for Texas,” Glen Campbell’s “Less of Me,” and another Haggard hit, “Sing Me Back Home.”

Their version of “Mama Tried” featured their silky smooth close harmonies, which sent the audience into immediate applause after they sang the final note. Watch their performance below and let us know what you think in the comments!