By Manly Bryant on September 15, 2021
Advertisement 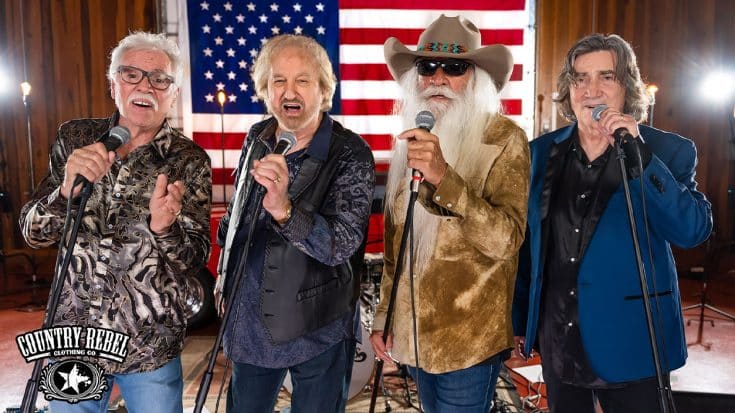 The Oak Ridge Boys are easily one of the most renowned quartets in the music industry. Their four-part harmonies have earned them dozens of country hits as well as many Grammy, Dove, CMA, and ACM awards.

One of their biggest hits is the song “Elvira.”  It was originally written by Dallas Frazier in 1966. Fifteen years later, The Oak Ridge Boys debuted the song on April 4, 1981, and it went on to become a No. 1 country single on the Billboard country charts.

While Elvira is a girl’s name, the song wasn’t inspired by a person but rather a street. According to songfacts, Frazier wrote the song after he and a friend accidentally ran a red light in East Nashville at the intersection of Gallatin Road and a side street called Elvira Street.

Kenny Rogers recorded his own version of the song in 1970. It appeared on several of his greatest hits compilations but it still didn’t touch the version from The Oak Ridge Boys which features distinctive bass vocals.

40 years later, the Oak Ridge Boys stopped by the Country Rebel Headquarters located 30 minutes outside of Nashville, Tennessee to perform some of their biggest hits – including “Elvira.”

Check out their new album: https://cntryrbl.us/Oak-Ridge-Boys-Album

Catch them LIVE at the Opryland Hotel! https://cntryrbl.us/Oak-Ridge-Boys-Op…

Their performance is sure to transport the listener back in time. Watch it in the video below!