By Manly Bryant on January 4, 2021
Advertisement 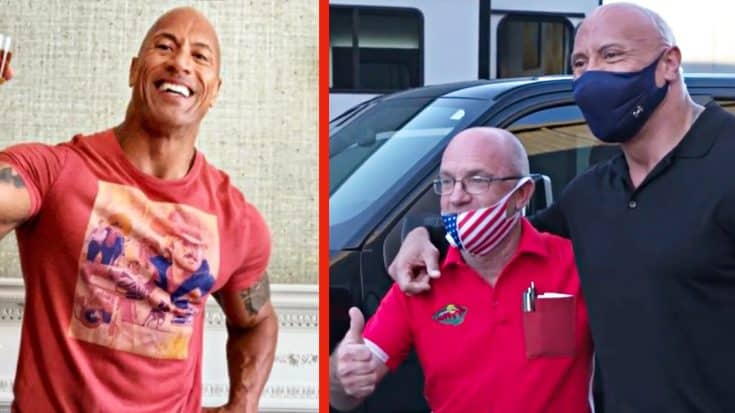 Dwayne “The Rock” Johnson had a difficult road to success, but one lifelong friend, Bruno Lauer, stuck by him through thick and thin.

One New Year’s Day, The Rock gifted Lauer with a Ford F150 truck and proclaimed that his friend would be “covered” whenever he chooses to retire. The Fast & Furious star shared the sweet moment with his Instagram followers and revealed that Lauer changed his life.

As a teenager, the actor and his mother were evicted from their home in Hawaii. In a social media post, The Rock recalled the situation, stating that he initially thought that he was being sent to Nashville to live with his father. Instead, Lauer allowed The Rock to move in with him. Nine years later, Lauer helped The Rock again as the future star struggled to establish himself as a wrestler.

The Rock shared that he purchased his first car from a drug addict after Lauer gifted him with his last $40. Now, the actor decided it was time to return the favor. On Instagram, The Rock shared:

“Merry Christmas, Bruno Love you, brother! 100% crackhead free! My life (especially my teenage years) has been full of the wildest twists and turns – yet God and the universe had always found a way to put a few people in my path that would change the trajectory of the road I was going down.”

You can watch The Rock open up about his teenage years in the next video.