By Manly Bryant on October 5, 2020
Advertisement 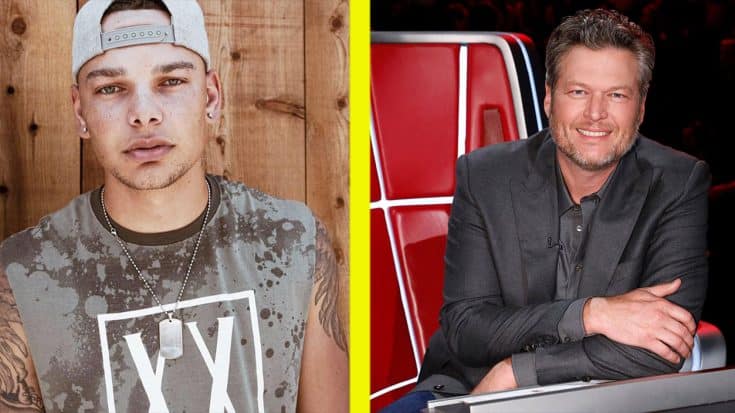 The 19th season of The Voice is scheduled to premiere on October 19, 2020, on NBC. Blake Shelton, Kelly Clarkson, and John Legend will return as coaches for their nineteenth, sixth and fourth season, respectively. Also returning to the show as a judge is pop-star, Gwen Stefani.

Kane Brown will appear on the show as one of four battle advisors who will offer the contestants tips and tricks for performing and winning over the crowd.

I'm back on The Voice this season! …But this time, I'm advising #TeamBlake for the battle rounds. Check back for dates and times! Blake Shelton

As a Team Blake advisor, Brown will help Shelton’s contestants through the Battle Rounds. Following blind auditions, each of the four coaches assembles their team, and contestants compete against their own team members to remain in the competition. After that, Knockout Rounds follow, and contestants once again compete against each other one on one. The Knockout Rounds are then followed by the Live Performance rounds, where a season winner will take home the victory.

This season just got even better. @juliamichaels, @leonbridgesofficial, @miguel, and @kanebrown_music join #TheVoice as Battles Advisors and we are freaking out.

Before the battle advisors were officially announced, Shelton took to Instagram to give fans some hints.

“Hey y’all, it’s Blake Shelton here, and here’s what I’m gonna do, I’m gonna give you two clues and you’re gonna try to figure out who my battle advisor is this season, you ready?”

Shelton then gave a list of four artists and said that his advisor had collaborated with all of them save for one. His second clue was a little more obvious. Shelton then played a snippet of his advisor singing Uncle Kracker’s “Follow Me,” and Brown’s recognizable voice instantly gave him away as the answer.

Following several clues hinting at it, @kanebrown_music is expected to join @blakeshelton as Battle Advisor on 2020 Season of @nbcthevoice!