“The Voice” Announces Yet Another Celebrity Addition 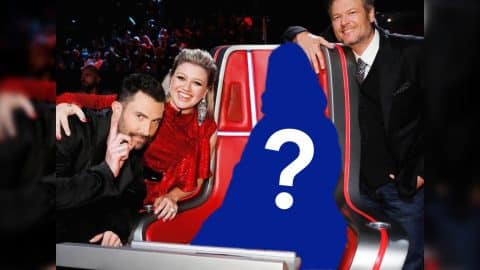 During the latest season of this world-famous singing competition, many new changes have been made beyond last season’s “Block” button, and they include a whole new 5th coach and the “Comeback Stage.”

THIS IS MAJOR! Bow down to #TheVoice's FIFTH COACH and Comeback Stage queen @kelseaballerini. 🎶😘👑 pic.twitter.com/AI6V0SGepw

Featuring country music’s own Kelsea Ballerini, this new take on giving hopeful singers a second chance is something many folks will be watching closely to see how it changes up the competition.

On top of the four celebrity coaches, including longtime friends Blake Shelton and Adam Levine, all four coaches got to hand-select an advisor for their teams leading up to the battle rounds that are happening now.

Already lined up as a star-studded event, Season 15 of The Voice has turned out to be one of the most fun and popular television shows to air this fall.

Now, it appears that they are adding even more smiling celebs to the roster and this season will feature a brand new Voice all-team advisor who has never once made an appearance on the show!

While she was featured as a judge on American Idol‘s 12th season next to Keith Urban, Randy Jackson, and Nicki Minaj – this famous glittery diva is making her first appearance on The Voice, and we definitely will be watching!

.@MariahCarey + #TheVoice = We belong together. 🦋🎶

Heading up the new Knockout rounds for each team, both the coach and contestant will get to spend some quality time one-on-one with Mariah Carey as the newest advisor!

In an exclusive video from The Today Show, Carey reveals that the entire experience has been a blessing for her and reminded her how much raw, pure, talent exists still in the world.

Watch Mariah Carey on American Idol below along with a clip from her during this current Voice season!

We can exclusively reveal that @MariahCarey will be the key advisor on @nbcthevoice this season! pic.twitter.com/job2O2mggI