By Manly Bryant on August 27, 2018
Advertisement 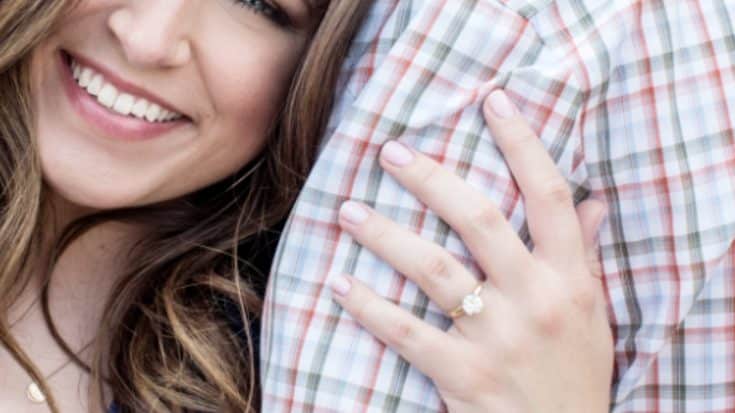 It can be hard to believe in fairy tales anymore, but this musician just promised his girlfriend her happily ever after.

True to their word, Muscadine Bloodline has put out songs that make out hearts swoon. In their song “Porch Swing Angel” – bandmates Charlie Muncaster and Gary Stanton remind us to take a step back from the world and remember the important things in life.

With lyrics like “Won’t you be my porch swing angel/ Got my heart strings tangled/ Got those eyes that’ll bring you to your knees/ It’s her smile like Sundays/ Been a while but one day/ Yeah that girl, she’s the only thing I need” – it is easy to see that any girl would be lucky to be in love with one of these guys.

And Muncaster’s other half knows it. In a post about her man, fiance Mallory McDaniel let ladies around the world know that they should “never settle for less.” She added a heartfelt text from Muncaster that could melt even the coldest of hearts.

woke up to this text today. ladies, never settle for less than this.

many people have no idea what we’ve been through together, but i can tell you that the hard times made us better than ever before.

McDaniel left her Tuscaloosa, AL home in early June to move up to Nashville and be with Muncaster as they started to make a life together. Her sacrifices didn’t go unnoticed by Muncaster. He equated her to an angel and a gift from God when he posted: “I asked for forgiveness and He sent me an angel.”

I asked for forgiveness and He sent me an angel.

It is pretty obvious that these two are deeply in love – which is why when Muncaster decided to finally pop the question, McDaniel happily said yes! And how he proposed is just as sweet as his music. Just shy of their two-year anniversary, Muncaster got down on one knee and promised the woman of his dreams that he’d love her forever.

Can’t wait to ? this gorgeous girl down forever! I love you, mal. #stillnotoverit

Obviously in shock at first, this lucky lady couldn’t help but share the great news later on with friends, family, and fans. Showing off her shiny new ring and a HUGE smile – McDaniel lets the world know “WE’RE ENGAGED!!!”

so this happened… WE’RE ENGAGED !!! pic.twitter.com/m6bibuRgI7

This adorable couple has quickly become one of our favorite love stories. There is no doubt that their love for each other will get them through anything life throws at them.

Watch Muscadine Bloodline’s “Can’t Tell You No” video and let us know what you think in the comments!