By Miranda Raye on March 31, 2020
Advertisement 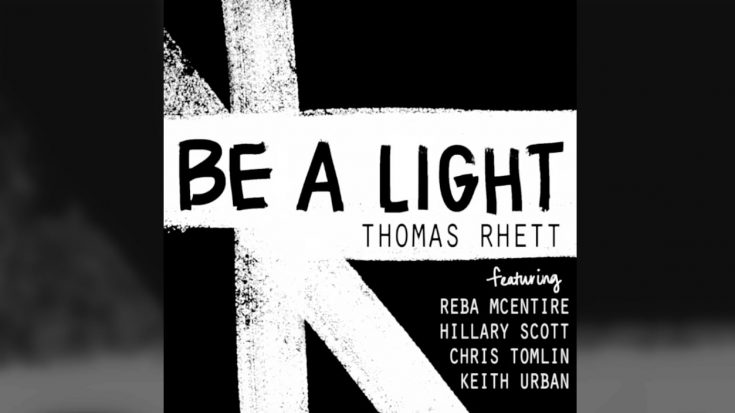 In the midst of the COVID-19 pandemic, we are being told to practice social distancing and only leave our homes for essential reasons. During such an isolating time, music is one thing that has helped bring us all together.

After all concerts for the foreseeable future were postponed or canceled, country artists jumped into action to keep the music flowing. Artists such as Keith Urban, Garth Brooks, and Brad Paisley hosted livestreams during which they played fan requests, sang duets, and paid tribute to other singers.

Then you have Tim McGraw, who started what has come to be known as the “Deep Cuts Challenge.” McGraw posted a video of himself performing John Schneider’s “Take the Long Way Home,” then challenged a handful of other artists to pick up the challenge as well.

The challenge passed through a few artists before it was Thomas Rhett‘s turn to share a tune. He opted to perform his rendition of Hank Williams Jr.‘s “The Blues Man.”

Eight days later, Rhett once more tried to brighten his fans’ lives by sharing some music with them. Only this time it wasn’t a cover he shared, it was a brand-new song.

On March 30, which also happened to be Rhett’s 30th birthday, he went on Instagram Live to share a “special announcement.” That announcement was the fact that he was releasing a new song, titled “Be a Light.”

To make things all the more exciting, Rhett shared that Reba McEntire, Keith Urban, Lady A‘s Hillary Scott, and Christian artist Chris Tomlin all collaborated with him on the track.

In a video on Instagram after he went live, Rhett said he hoped the song would “[encourage] you guys to stay positive and to be a light in a dark time and a dark place.”

“Be A Light” featuring some of the brightest lights I know @reba @hillaryscottla @christomlin @keithurban, out now [link in bio]. Proceeds benefit MusiCares® COVID-19 Relief Fund to directly support those in the music community in need during this time. Stream this thing like crazy y’all. We are in this together ? & thanks for all the birthday love!

Rhett also explained that all proceeds from “Be a Light” will benefit the MusiCares COVID-19 relief fund.

MusiCares was established by the Recording Academy to provide financial assistance to artists and music industry personnel in times of need. Due to the COVID-19 pandemic, concerts have been canceled, leaving many artists, crew members, and other music industry folks out of work.

So MusiCares set up a specific COVID-19 relief fund to help during these trying times.

You can contribute to the fund by listening to Rhett, McEntire, Urban, Scott, and Tomlin’s “Be a Light” below. Or, make a donation by visiting the MusiCares website here.

Hats off to Rhett and all of the other artists featured on “Be a Light” for putting together such a meaningful song to benefit a noble cause.