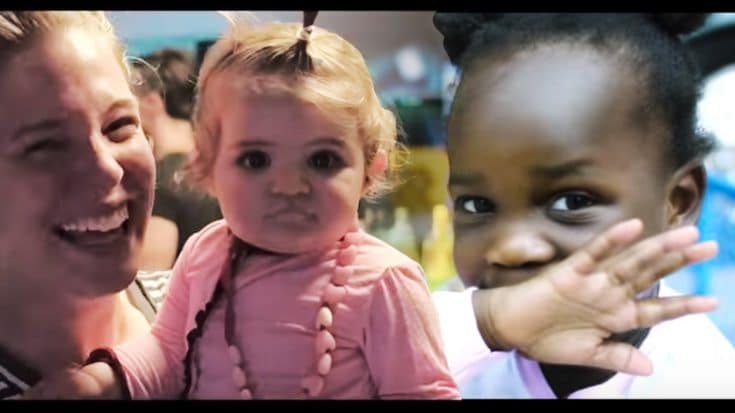 In a video that reminds us all of this famous singer’s incredible family values, we are treated to candid clips and images of his life with two precious baby girls and his loving wife, Lauren.

Throwback to family vacation! Thanks to @Chubbies for the amazing matching swim suits?? pic.twitter.com/JWynpbAoIx

Released on July 10th, 2018, Thomas Rhett‘s most-recent hit country song got its own music video – and it was a rare look at some of the sweetest moments he’s shared with daughters Willa Grace and Ada James.

WG and I are excited for y’all to see the #LifeChanges video tomorrow exclusively on @AppleMusic! https://t.co/exr4kXrL3B pic.twitter.com/dDMOxFOl5K

The song, which is all about how our lives change unexpectedly and preaches his immense gratitude for the life he’s been blessed with, is an up-tempo tune that his dad (Rhett Akins) helped to write.

“It covers my college years, marrying Lauren, becoming a dad and the evolution of my music career,” Thomas told Taste Of Country. “It’s definitely the most personal song I’ve ever written, but we all go through a lot in life whatever the story is, so I think the sentiment is something a lot of people can relate to.”

As the title track to his most recent album, the song rounds out a trio of hit singles from the album and clearly has had a great impact on his fan base.

One of the most memorable lines in the songs connects his faith in God to his music and life, saying “You make your plans and you hear God laughing / Life changes and I wouldn’t change it for the world.”

Watch this beautiful video for one of Thomas Rhett’s hit new songs below and let us know what you think in the comments!