By Jennifer Pernicano on October 2, 2020
Advertisement 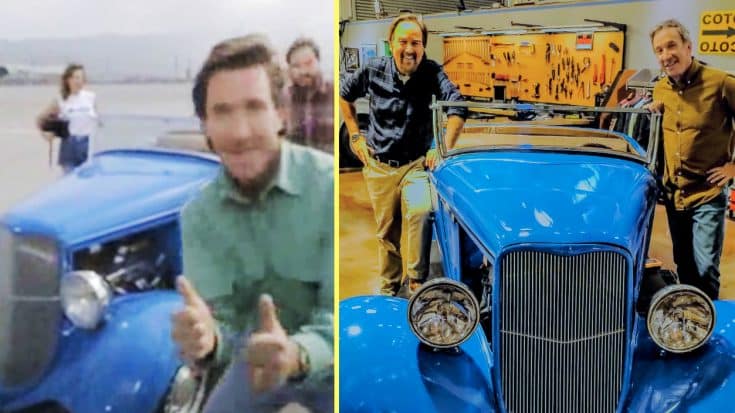 October 1st not only marked the day that it’s socially acceptable to start posting pictures of your Halloween decorations that have been up since August, it also marked the first day of shooting the upcoming History Channel show, Assembly Required!

Hosted by Tim Allen and Richard Karn, who fans may know from their 1990s sitcom Home Improvement, the show will showcase “the brightest builders from across the country [who will] breathe new life into everyday household items in desperate need of fixing.”

Allen announced their new project on August 25, using an old photo from their days on the ABC sitcom, where he and Karn played Tim “The Tool Man” Taylor and Al Borland, respectively.

I've always admired people who repair something instead of replace it. So, I created a competition show with @HISTORY , and my old buddy @TheRichardKarn , to challenge the people who love to get stuff done! pic.twitter.com/EEVHKRPFum

On Home Improvement, Allen and Karn’s characters hosted a show called Tool Time, where they showed folks how to use many different tools at home. The show was modeled as a parody of the PBS show This Old House, hosted by Bob Vila and Norm Abram. Vila actually guest starred as himself on the show a few times, once to race Allen’s character in their custom-built hot rods in a 1994 episode.

Throughout the first three seasons of the show, Allen would build his hot rod, a 1933 Ford Roadster, in his home garage with the help of his three sons, so finally getting to see it in action was a highlight for fans! Allen ended up losing the race, but it was still a memorable episode!

Well, 26 years after its very first race, the hot rod from Home Improvement made its way to the set of  Assembly Required.

Watch the scene where Allen races his hot rod below!