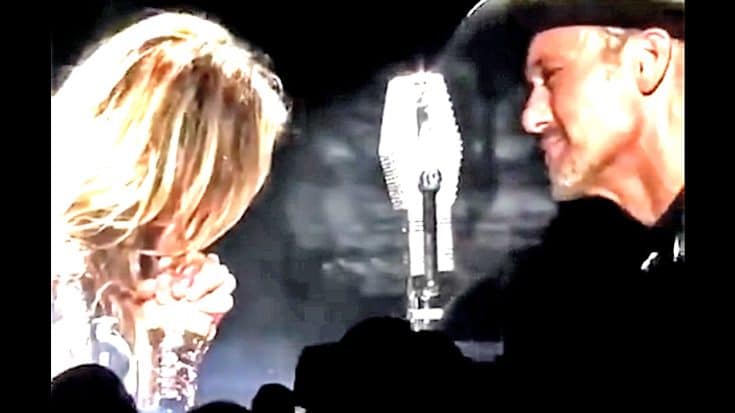 After more than 112 separate shows all over the world, this country couple left the stage in tears following their final tour stop on the newest Soul2Soul: The World Tour.

Over a decade before this current tour kicked off Tim McGraw and Faith Hill embarked on a full-length tour of the same name – Soul2Soul. That was the last time they toured together until announcing the revival – 10 years later.

Beyond just reviving their beloved double-headlining tour, these two country icons also filmed a Showtime documentary that covered much of the first year of their new tour.

Not stopping there, these two also released their first full-length duets album and performed those new songs (along with old hits) while on the road.

Now, the final show has come for them and the massive undertaking of their biggest tour ever – has come to a close.

In a show performed in California on July 22nd, the two ended their final night on stage with a duet of their hit song “I Need You,” but by the time it was over – they left the stage in tears.

(Tim and Faith performing “I Need You” during their Soul2Soul Tour)

As shared by dedicated fans on social media, the pair ended their famous number sitting around that metallic old-school microphone and Faith looked visibly shaken.

Tim gingerly reached up and wiped a tear from her eye as she covered her face in her hands. Moments later, they stood up and waved goodbye to a stadium full of fans as this final night came to a close.

Watch this unforgettable moment below along with their heartfelt goodbye video.