By Miranda Raye on March 14, 2022
Advertisement 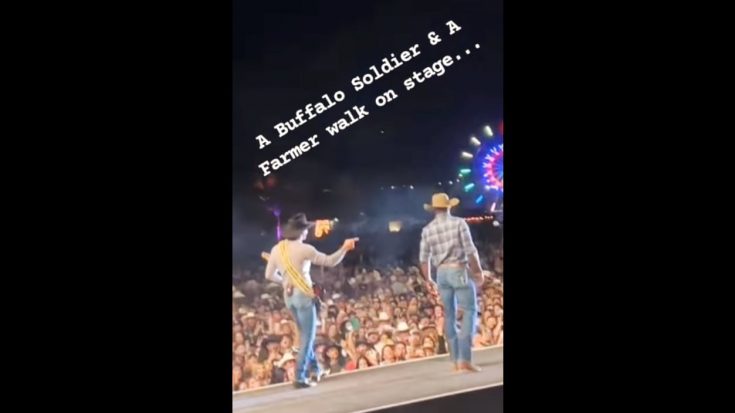 1883 may be over (for now), but Tim McGraw is still riding off the high of having starred in the series.

1883 followed their family’s journey across the American West. While their story ends in sadness, it also ends with them finding their home…the future location of the Yellowstone ranch.

Now McGraw is keeping busy with a series of concert dates. Some of his 1883 cast members turned out to attend a show of his and Hill’s at The American Rodeo.

Audie Rick, the young actor who played their son John Dutton, posted some photos from the concert.

During a more recent show of McGraw’s, he was joined onstage by LaMonica Garrett, who played Thomas in 1883. Garrett shared a video on Instagram showing the moment when he walked out on stage to hand McGraw a guitar. The crowd went wild when they saw him!

Garrett also posted a video showing a moment in McGraw’s concert when he played clips from 1883:

“And it was in this moment, that me and my #1883TV castmates felt like rock stars backstage…” Garrett wrote about the experience. “Got chills watching that @1883official footage on all those screens in front of thousands of screaming fans. Just another Saturday for @thetimmcgraw haha.”

After McGraw played the clips from 1883, he took center stage and started singing his #1 hit from 2001, “The Cowboy in Me.” Head below to watch the video Garrett shared of that epic moment.

We love that the stars of 1883 are still hanging out together even though the show is over!