By Miranda Raye on August 20, 2021
Advertisement 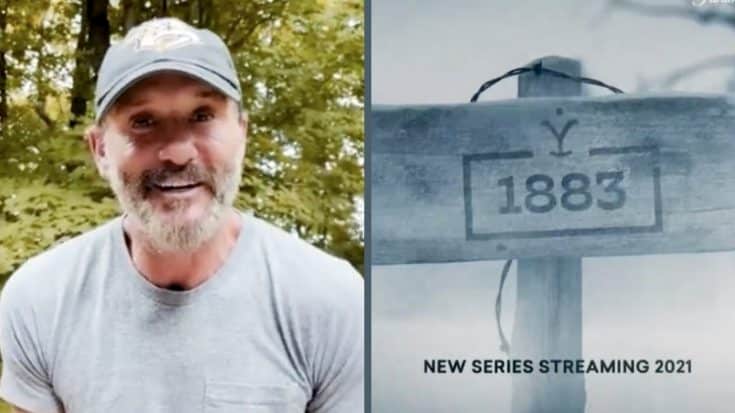 Earlier in August, it was announced that Sam Elliott will star alongside country music power couple Tim McGraw and Faith Hill in the new Yellowstone prequel, 1883. Tim and Faith will play characters named James and Margaret Dutton, the patriarch and matriarch of the main series’ iconic Dutton family.

Tim took to social media to share how thrilled he was to be part of 1883. “So a lot of you probably have heard by now that we’re on to a new project…we’re pretty excited about it. Faith and I get to star alongside Sam Elliott, I mean goodness gracious, for the new ‘Yellowstone’ prequel called 1883,” he said in a video message.

So excited I can finally share this….I'm joining the Dutton family in the @Yellowstone prequel, 1883, coming to @paramountplus! And my incredible wife @FaithHill will be playing Margaret Dutton!! #yellowstone pic.twitter.com/nxhKimWbZI

Just a few weeks later, fans finally learned when they’ll get to watch the first episode of 1883. It will premiere on December 19 on Paramount’s streaming service, Paramount+. That will be a nice early Christmas present!

Unlike the main Yellowstone series, 1883 will not air on TV. So you have to get Paramount+ if you want to watch the show.

After the news broke about 1883‘s premiere date, Tim took to social media to express his excitement. He spoke on behalf of both himself and Faith in a short and simple message, writing, “1883 premiering December 19 on @paramountplus. We can’t wait!!!“

A little later that same day, Tim shared the first look at how he’s “gettin in the groove” for his role in the show.

Tim posted two pictures, the first of which shows what appears to be an old Bible with “J. Dutton” monogrammed on the front. The second picture shows a pair of torn up jeans covered with black powder, which McGraw explained was “from quick draw practice!!!”

You can see the two pictures Tim shared relating to his role in 1883 by looking at the post below. We hope he continues to give us little sneak peeks into the creation of the series!

gettin in the groove for 1883 ….. as for the jeans … black powder blanks from quick draw practice!!! #yellowstone pic.twitter.com/pyoPssqN1s