By Miranda Raye on May 4, 2022
Advertisement 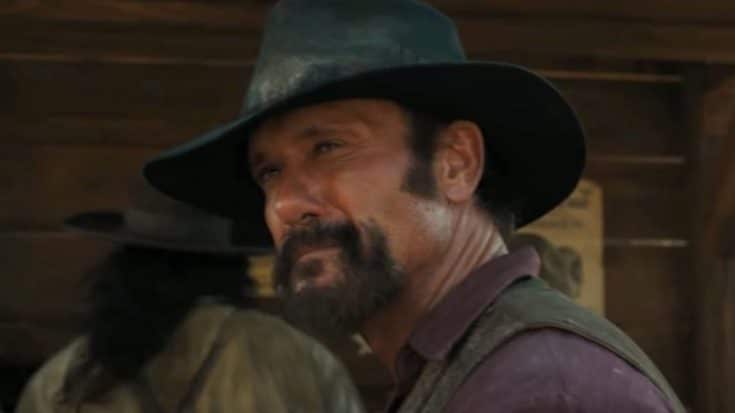 Although viewers loved the Yellowstone prequel series 1883, it is not getting a true second season. Instead, the Duttons’ story will continue in a new spinoff series, 1932.

Show creator Taylor Sheridan told Deadline he made 1883 to show viewers a “specific journey.” Now that the journey is over, he feels no need to drag things out and dwell in that world.

“For me, as a storyteller it feels close ended,” he said. “I’m going to peek through the window of a different era and see what I see then.”

However, some additional episodes of 1883 have been ordered, they just won’t form a second season of the series.

Those involved have remained pretty tight-lipped about what fans can expect to see in the extra episodes of 1883. But executive producer David Glasser did tell The Hollywood Reporter a few vague details:

“Now the network is excited to bring you something really additional to 1883, which is super exciting,” Glasser said. “There was one way set with it — there was one version — and now there’s going to be two versions. Everything is well-thought-out with Taylor [Sheridan]. So when you see what’s coming, you’ll see it’s pretty exciting. I think 1883 was an incredible journey. We’re excited the way fans embraced it and I’m excited for people to see all the other great stuff that we’re doing around it now.”

Glasser did not say when the episodes would start filming. He also didn’t share if any members of the cast would return.

Naturally, you’d assume McGraw knows a little something about the bonus episodes of 1883 and whether or not he’ll be involved. But surprisingly, he doesn’t know much at all!

“I stay out of those conversations because I don’t know,” he said in a recent interview with USA Today. “As far as we’re concerned, we had a great run, a great season and we loved it. What happens from here out, that’s up to somebody else. And then it will come down to us having to read material and see whether we like it or not.“

Hopefully we’ll see McGraw (and Hill) in the bonus episodes of 1883. We’re anxious to hear more about the new episodes, and can’t wait for them to be released.

In the meantime, take a behind-the-scenes look at how 1883 was filmed by tuning in to the video below.