By Jennifer Pernicano on August 16, 2021
Advertisement 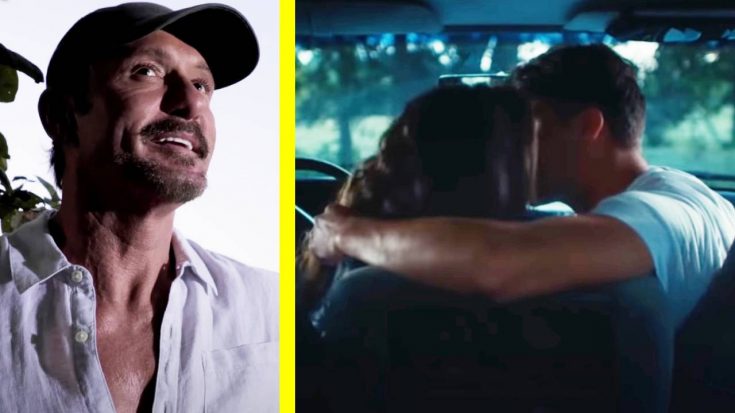 On Friday, August 13, Tim McGraw released his latest music video for his current single “7500 OBO.” In an Instagram post on August 2, McGraw announced “7500 OBO” as his next single off his August 2020 album Here On Earth, and revealed that he had already shot the music video with “someone very special.”

Proud mom Faith Hill shared the same photo, writing, “So proud of these two. Our baby girl Audrey has grown up…Don’t miss the premiere of Tim’s new music video with Audrey. It is so good.”

Once the video was released, so were behind the scenes clips. Tim and Audrey did some interviews about working together, the directors talked about their inspiration for the video, and Tim squirmed as he watched his youngest daughter kiss her love interest in a scene for the video.

“I’m not calling that a make-out scene,” McGraw said. “That’s just a little peck on the cheek after a date.”

“I tried to yell, ‘cut,’ but I didn’t get there quick enough,” he added with a chuckle. “I’m not gonna beat him up, I guess I’ll let him slide on this one. It’s not easy for a dad to watch, I’ll tell you that!”

We don’t blame Tim for squirming during this scene! She is his baby girl!

To see the full behind the scenes video, click here. Watch the full music video below.