By Jennifer Pernicano on August 9, 2021
Advertisement 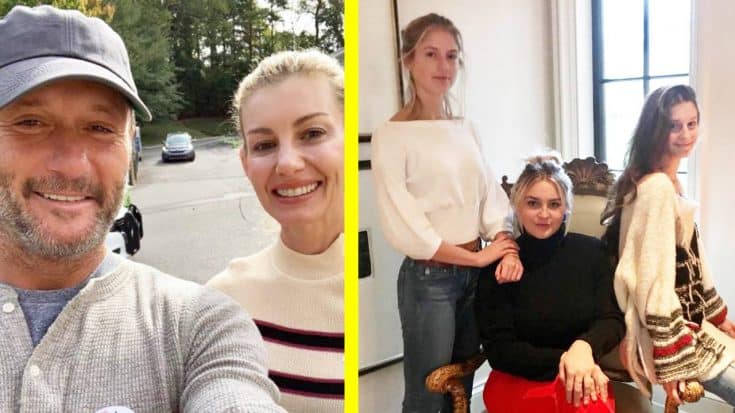 Faith Hill and Tim McGraw are one of country music’s power couples, and while their romantic life is always on full display, and they willingly speak about their 20+ year marriage, one topic of their lives remains relatively private – their daughters.

The “Break First” singers welcomed three daughters into the world, Gracie Katherine in 1997, Maggie Elizabeth in 1998, and Audrey Caroline and 2001. They strategically don’t post too much about them on social media, except for birthdays and really special occasions, like when Maggie accompanied Tim McGraw to the CMT Music Awards in 2016, or when the girls graduated high school or college.

They seem to post recent photos of the girls after they turn 18, giving them lots of privacy before they are legally adults. Along with winning the genetics lottery, Gracie, Maggie, and Audrey seem constantly showered in love by their doting parents.

In an Instagram post on August 2, McGraw announced “7500 OBO” as his next single off his August 2020 album Here On Earth, and revealed that he had already shot the music video with “someone very special.”

Proud mom Faith Hill shared the same photo, writing, “So proud of these two. Our baby girl Audrey has grown up…Don’t miss the premiere of Tim’s new music video with Audrey. It is so good.”