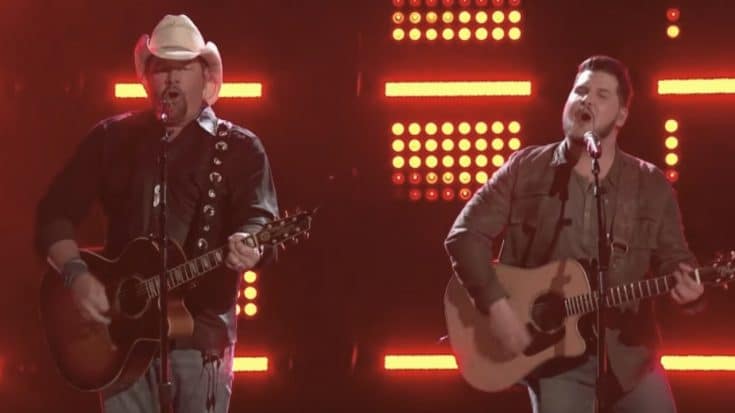 Season 16 of The Voice has officially come to an end…but not before countless epic performances! Carson Daly announced this season’s winner, which you can find out in the tweet below.

Some of the epic performers included Khalid, Jonas Brothers, BTS, Hootie & The Blowfish, Halsey, Taylor Swift and Brendan Urie, and One Republic, all of whom were announced before the Voice finale.

Not only were all those singers announced as performers, so was Toby Keith! He teamed up with one of Blake Shelton’s remaining singers, Dexter Roberts to sing his latest song “That’s Country Bro!”

According to a Facebook post, the song, which was released on May 7, is a “country music history lesson with 57 illustrious names.”

Roberts flawlessly name dropped over 50 legendary names with Keith in a performance that Voice fans are likely never going to forget!

Watch their awesome duet below!