By Miranda Raye on August 29, 2019
Advertisement 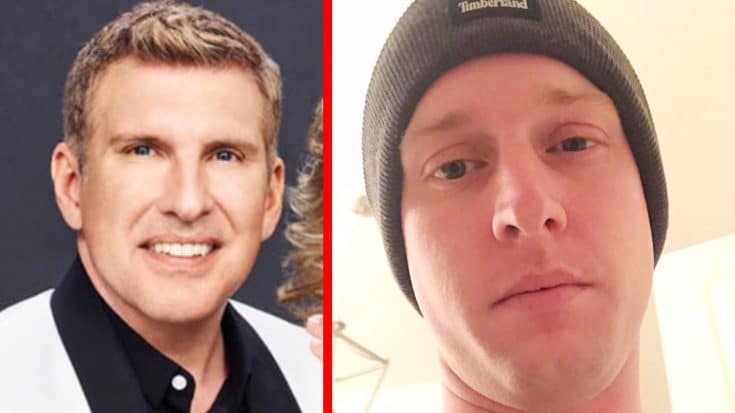 The Chrisley family has been making a lot of headlines lately.

On August 13, the U.S. Attorney of the Northern District of Georgia revealed that Todd Chrisley and his wife, Julie, had been indicted on 12 charges of fraud, conspiracy, and tax evasion. The announcement about the pair’s indictment read in part:

“Todd and Julie Chrisley are charged not only with defrauding a number of banks by fraudulently obtaining millions of dollars in loans, but also with allegedly cheating taxpayers by actively evading paying federal taxes on the money they earned.”

It's business as usual for Todd Chrisley, as he and his wife face a federal indictment for tax evasion and other financial offenses, charges that could lead to jail time. https://t.co/3XFq8oHMoG

The Chrisleys were taken into FBI custody and arraigned on August 14, but were set free on $100,000 with restricted travel to Middle Tennessee and Northern Georgia, as well as California so they can film their reality show.

The news of the indictment ignited drama within the family, particularly with Todd’s estranged daughter Lindsie. According to People, Lindsie added fuel to the fire by accusing her father and half-brother Chase of extortion.

These two are estranged for a reason. And he's not afraid to air her dirty laundry.

On the other side of the coin, Todd’s formerly estranged son, Kyle, immediately spoke out in support of his father and stepmother. This came as a surprise to many, since Kyle had previously said his father “bragged” about not paying taxes in a 2017 interview with Good Morning America.

But after news of the indictment went public, Todd said he lied during that interview, and championed his dad and stepmom’s innocence:

“I know the interview I did bashing my dad OVER A YEAR AGO is being shared on social media,” Kyle wrote in a post on Facebook. “Honestly I’m tired of it.  You guys don’t have the facts and I need to set the record straight once and for all.  Everything I said in my interview was a lie. These allegations against my dad are all LIES!”

In the note, Kyle revealed that he and his dad are on better terms than they have been in the past, saying:

“My relationship with my dad was really rocky. I was battling drug addiction and I felt like he was trying to control me…9 months ago I went to my dad with an apology. His words were: ‘I love you always, and you are forgiven.'”

So when 27-year-old Kyle was rushed to the hospital, Todd and the entire Chrisley family (with the exception of Lindsie) was at his bedside.

“Kyle is fine,” a Chrisley family spokesperson told ET. The spokesperson revealed that Kyle was hospitalized after suffering “an adverse reaction to his medication.”

Todd shared a photo on Thursday (August 28) from Kyle’s bedside in the hospital, and it shows the entire family gathered around him in support. “Kyle is great and we are back to the grind,” Todd wrote.

NOT TODAY SATAN, NOT TODAY… God shows up and shows out , now won’t he do it ? Kyle is great and we are back to the grind ..

We’re sure Kyle appreciated having his family around for support in the hospital. We hope that he gets to feeling better soon.