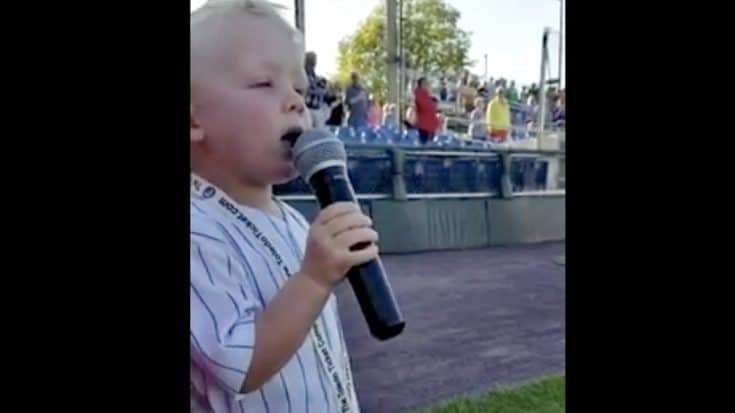 3-year old Auburn, New York, native Drake Grillo stepped up to the plate (literally) when he was asked to sing the national anthem at the last minute for an Auburn Doubledays minor league baseball game in 2018. Grillo was scheduled to sing the song for an upcoming fundraising event, but was put on the spot a little early when the team asked him for an impromptu performance.

Drake had been practicing for months so didn’t miss a beat when he took the microphone.

“I was really nervous. I didn’t know how to be calm for him and help him with the words to keep him going, but he really just did it all himself,” Drake’s mom, Chelsea, told CNYCentral.

Drake did such a good job he was asked sing the national anthem again just a few days later, at the “Sips and Flips for Hips” event hosted by the Doubledays in which the team is raising money for people with hip dysplasia, a condition that Drake’s one-year-old sister Saylor suffers from.

Hear Drake’s adorable performance of “The Star-Spangled Banner” in the video below.