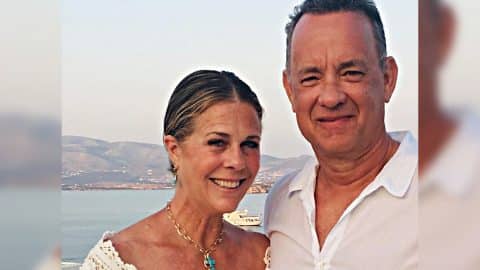 Tom Hanks is one of the most notable names in Hollywood today — but to his grandkids, he’s just grandpa.

Colin recently spoke up about his daughters’ relationship with their famous grandfather.

Of his daughters’ knowledge of what their father and grandfather do for a living, Colin Hanks said in Us Weekly, “They’re aware of what he does for sure. It’s just the same way they’re aware of what their father does for a living, but they don’t have really much interest in it. …I mean, I wasn’t on Hannah Montana, so they don’t really have any interest in what I do.”

Rita Wilson, Tom Hanks’s wife, recently opened up about her relationship with her granddaughters in an interview with ET.

While it’s unsure whether there are any more grandkids on the way, one thing’s for sure: Tom Hanks and Rita Wilson are loving every second that they get to spend with their granddaughters.