By Manly Bryant on October 28, 2019
Advertisement 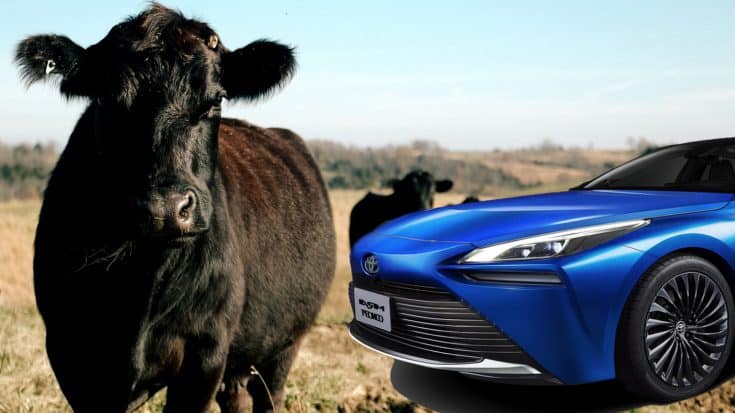 Alternative energy cars aren’t anything new to the world…they’ve been around for decades and have always been something people have dreamed of – especially if it reduces the need for petroleum.

But, this new type of ride is taking things to the next level…

Tesla is the world’s best-known alternative-fuel vehicle and it sells only electric cars, SUVs, semis and (soon) trucks.

Toyota has had a type of alternative-fuel vehicle on the road for some time now and it is a hydrogen fuel cell vehicle called the Mirai. The current model of Mirai uses a combination of high-pressure hydrogen tanks, fuel cell stack, and fuel cell booster converter.

The 2021 Mirai will feature a fuel cell stack that is made from converted cow poop. The poop will produce enough hydrogen to run the new Mirai for an entire year – and its only byproduct will be water.

This is just the latest in Toyota’s adventure with cows and their waste. In 2017, they partnered with Shell to build a power plant that would capture the methane gas from a dairy farm to generate water, electricity, and hydrogen.

Check out their mini-documentary about converting cow poop into fuel below.