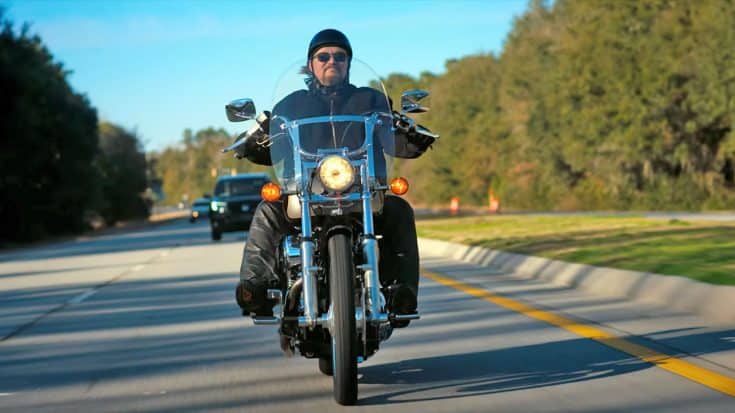 Multi-Platinum selling and award-winning country artist, Travis Tritt, has just released an official music video for his current single, “Smoke In A Bar.”

In his new video, Tritt takes his old Harley out for what we can only assume is a three-day cruise. Going from location to location, with a huge smile on his face he visits the people and places that are most important to him – starting with breakfast at a diner.

Throughout his career Tritt has been recognized for his unwavering love for his country and support for veterans. In a powerful scene, he salutes the American flag while driving by on his bike.

After cruising around some more, Tritt stops to help a family change a tire just before he drives to a spot to watch the sunset. After that, he then goes back home to enjoy a bonfire with his family and friends.

The entire music video was shot on location in Savannah and Atlanta, Georgia.

Tritt revisits his no-frills, classic outlaw-country sound on “Smoke In A Bar.” The song itself harkens back to simpler times “when the world turned slower, and you could smoke in a bar.”

The song is the second single off Travis Tritt’s much-anticipated album, Set In Stone, which marks his first original full-length studio album in over a decade.

Enjoy the music video below!