By Miranda Raye on March 23, 2020
Advertisement 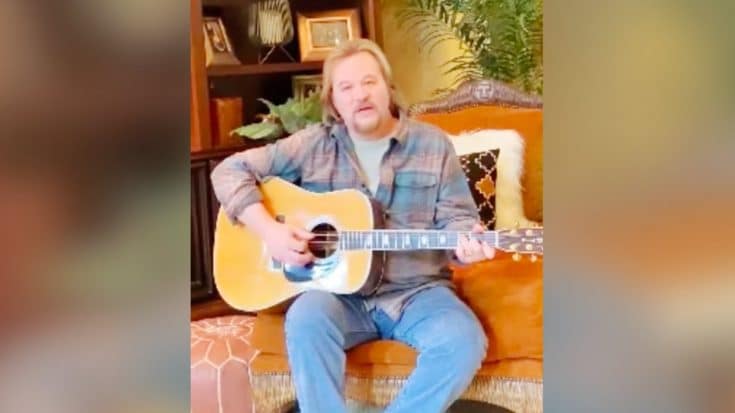 On March 21, 2020 country artists woke up to the news that Kenny Rogers had left this world the night before (March 20, 2020). As artists tried to come to terms with their feelings, many of them turned to Rogers’ music for comfort.

Jake Owen, Kelsea Ballerini, and Vince Gill all covered Rogers’ songs in shows of remembrance. In Gill’s case, he delivered a cover of Rogers’ song “Sweet Music Man” at the Opry alongside Marty Stuart and Brad Paisley.

“Sweet Music Man” is a song Rogers wrote and recorded for his 1977 album Daytime Friends. The song reached the ninth spot on the Billboard Hot Country Songs chart and crossed over to claim the 44th position on the all-genre Billboard Hot 100.

It has been covered by many artists through the years, including Dolly Parton, Tammy Wynette, and Waylon Jennings.

Speaking of Jennings, Rogers actually wrote “Sweet Music Man” with him in mind.

This is a little trivia fact Jennings’ close friend and mentee, Travis Tritt, shared when he posted a cover of “Sweet Music Man” in remembrance of Rogers.

“… A tribute to my friend – just my small way of remembering,” Tritt wrote in the video’s caption. He delivered the cover acoustically, with nothing more than the sound of his guitar to back him up.

Head below to watch Tritt’s heartfelt “Sweet Music Man” tribute to Rogers. His legacy will always live on through his music.