Trisha Shares The Unique Way Her & Garth Spend Their Anniversaries

By Manly Bryant on February 20, 2019
Advertisement 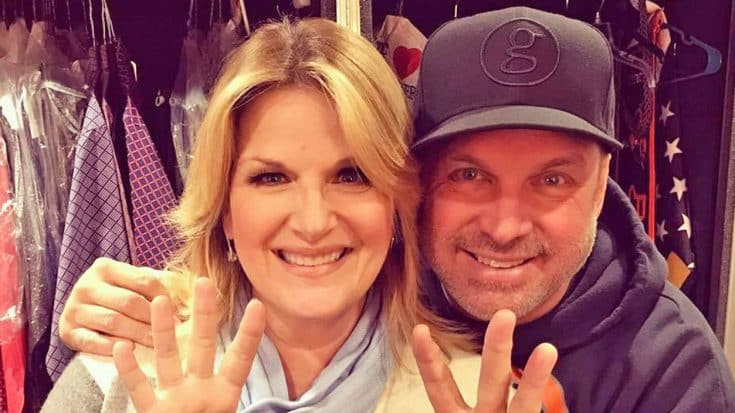 Brooks and Yearwood tied the knot in December of 2005. The duo had met in 1987 and became good friends, even recording a couple songs together, “Like We Never Had A Broken Heart” and “In Another’s Eyes.” Brooks admitted from their first greeting he felt instant chemistry with the blonde beauty. During an appearance on Ellen, Brooks explained.

“This was somebody I always enjoyed being around, and we had a lot more in common than I ever dreamed we did.” The singer continued, “She’s the real deal.”

Fast forward 13 years and the duo is still going strong as ever.

While talking with Rachael Ray on her show, Yearwood talked about celebrating over a decade with her husband. Ray asked Yearwood what their typical anniversary night looks like to which she had the sweetest answer.

“Well, when I married Garth he had three daughters so I became a bonus mom.” After gushing about being a step-mom, she continued, “So we married the girls. They wore little wedding dresses and they exchanged rings because they had to say it was okay for me to marry their dad. So our anniversary is OUR anniversary,” referring to the family as a whole.

Happy Birthday to my best friend! I’m so lucky to get to celebrate with you. All my love, T

Trisha went on to explain that their anniversary is spent and celebrated with the family. She and Garth will go off and do dinner or something special on another night.