By Manly Bryant on January 10, 2019
Advertisement 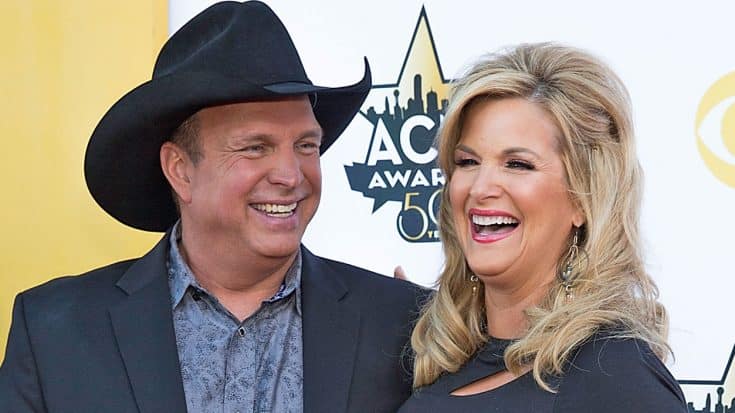 One of Nashville’s most beloved couples is opening up about the success behind their 13-year marriage. Trisha Yearwood and Garth Brooks have become known as one of the most supportive couples in music and they don’t plan on slowing down. With the release of Yearwood’s latest album, Let’s Be Frank, she is spilling all the ways they’ve kept their love alive through the years.

It had been a decade since Yearwood released Heaven, Heartache, and the Power of Love. With a sneaky announcement, Yearwood surprised fans with a unique new album, Let’s Be Frank. The album is a tribute to Frank Sinatra, an inspiration in Yearwood’s career.

The album came together in just four days alongside a 55-piece orchestra. Yearwood recorded the Frank-inspired album at Capitol Records where the legend himself cut most of his famous songs. To add to the flare, Yearwood even used Sinatra’s vintage microphone.

The Secret To Love

While speaking with Extra, Yearwood opened up about the “secret sauce” to a blooming 13-year long marriage.

“For us, I think that it has to be the priority in your life. You have to make sure that your relationship is not about me, me, me. Sometimes it’s not always that way, sometimes it’s not easy.”

Yearwood laughs alongside the host admitting that Brooks is “the most selfless guy ever.”

You’ve heard it, folks! Putting your relationship at the frontline could lead to a lifetime of happiness with your partner. We’ve seen that plenty of times with the endless support these two have for one another.

Before Yearwood’s big reveal of Let’s Be Frank, Brooks could hardly keep the secret in. He was so excited for his wife, he even imitated her album cover during his live segment, Studio G. With Yearwood’s photo next to him, he wore a cowboy hat to side covering one eye, looking identical to her.

Brooks stole her heart again when he wrote his latest song, “Stronger Than Me” for Yearwood. During his debut of the song at the CMA Awards, both of them were caught crying. The sweet lyrics just proved their love is endless.

After 13 years of marriage, they continue to be each other’s number one fans and we can’t get enough of it!

Life is made up of great moments like this! love, g #StrongerThanMe