By Miranda Raye on November 30, 2020
Advertisement 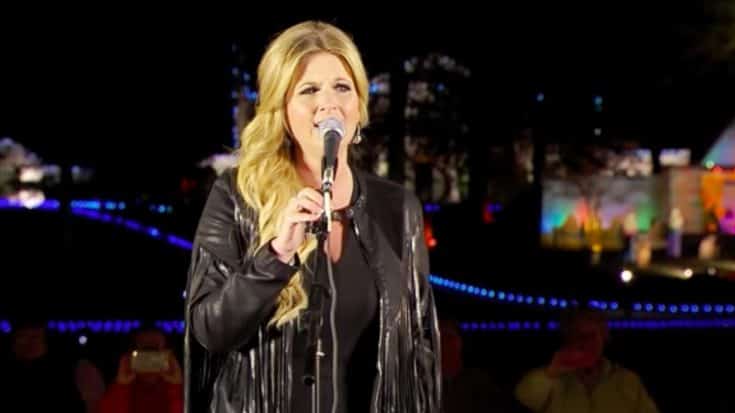 In 2015, Trisha Yearwood was the guest of honor at Graceland’s annual holiday lighting ceremony. She was tasked with “flipping the switch” that turns on all of the famous Christmas lights and decorations that cover the Graceland estate during the holiday season.

“The extensive Christmas display at the king’s castle includes hundreds of blue lights along the driveway, a life-size Nativity scene, Santa and his sleigh, and much more, all originally displayed at Graceland by Elvis and the Presley family,” Graceland said in a news post to its official website about Yearwood’s involvement in the 2015 holiday lighting ceremony.

As a lifelong fan of Presley’s, the honor of being chosen to lead Graceland’s kickoff to the holiday season was not lost on Yearwood. Graceland included a quote from her in their news post about the 2015 ceremony:

“I LOVE Elvis, always have,” Yearwood said. “I’ve visited Graceland many times, but never at Christmas. I’m incredibly honored to be invited to flip the switch at Graceland’s holiday lighting ceremony this year.“

In addition to flipping the switch on Graceland’s Christmas lights, Yearwood also sang during the ceremony. Since she was at Graceland, it only seemed fitting for her to perform “Blue Christmas,” since Presley recorded what is arguably the most iconic rendition of the song.

Before she sang, Yearwood admitted she had never performed “Blue Christmas” live before. But she knew it was the perfect song to sing at Graceland’s holiday lighting ceremony.

“It is kind of the ultimate Elvis Christmas song…I just can’t be here and not do it,” she said.

From there, Yearwood transitioned into her own rendition of the Christmas staple. She had previously spoken about how she didn’t want anyone to judge her if her version of the song didn’t live up to Presley’s. But she had no reason to be concerned, because her performance was extraordinary and entirely her own.

In case you missed Yearwood singing “Blue Christmas” at Graceland in 2015, check out the video of her performance below. We’re so glad this was filmed so this special holiday performance can be shared for years to come.