By Miranda Raye on June 1, 2021
Advertisement 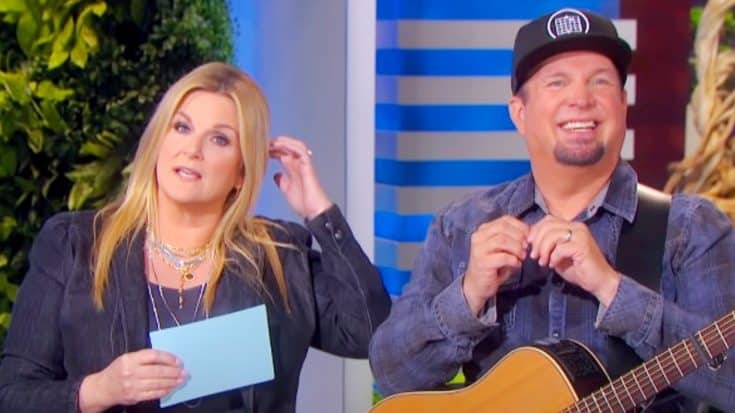 Garth Brooks and Trisha Yearwood are known as one of country music’s power couples. They celebrated their 15th wedding anniversary in 2020, and continuously gush about each other on social media.

But even though Brooks and Yearwood still seem to be head over heels in love with each other, they certainly still get on each other’s nerves.

The couple once served as guest hosts on The Ellen DeGeneres Show. They took relationship questions from the audience, and had some hilarious responses.

One audience member’s question inspired Yearwood to start talking about the one Brooks does that gets under her skin.

“Every significant other has at least one annoying habit even if you are in the perfect relationship, and you have to find a creative way to deal with it,” she said. She then revealed what Brooks’ “annoying habit” is…whistling.

Brooks whistles so often, and Yearwood tells him to stop so often, that Yearwood says, “He actually told me to stop telling him not to whistle because it takes away his joy.”

Yearwood said her husband’s go-to song to whistle is the theme song from Gilligan’s Island. Since simply asking him to stop hasn’t worked, Yearwood came up with a sneaky way to get Brooks to quit whistling the tune.

“But after about three or four hours of whistling the same song over and over again, I do this thing where I change the tune,” she said. “So I’ll start singing something else to kind of get him off track, and he doesn’t know it, until now he knows it.”

Want to hear Brooks and Yearwood share more bits of relationship advice? Check out the video below.

Now that Brooks knows how Yearwood tries to get him to stop whistling, we wonder if her tactic will continue to work in the future. If not, she’ll have to come up with a new scheme!