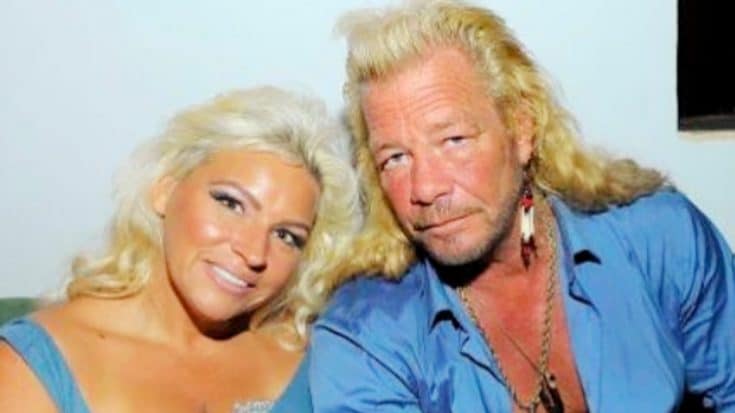 On Wednesday (June 26), Beth Chapman of Dog the Bounty Hunter fame passed away following a years-long battle against cancer. Her husband, Duane “Dog” Chapman, announced the sad news on Twitter.

“It’s 5:32 in Hawaii, this is the time she would wake up to go hike Koko Head mountain. Only today, she hiked the stairway to heaven,” Dog wrote.

It’s 5:32 in Hawaii, this is the time she would wake up to go hike Koko Head mountain. Only today, she hiked the stairway to heaven. We all love you, Beth. See you on the other side.

Tributes to Beth came pouring in from fans and other celebrities after the news of her passing was made public.

WGN America, the home network for Duane and Beth’s upcoming Dog the Bounty Hunter spin-off Dog’s Most Wanted, released a tribute to Beth that is short, sweet, and touching. It has since earned over 25,000 views.

Prior to their move to WGN America, Dog and Beth had shows on CMT and A&E. In fact, A&E served as the home network for the original Dog the Bounty Hunter series, and still airs reruns of the show to this day.

So it came as no surprise when A&E announced its own plans to pay tribute to Beth. On Thursday (June 27), a representative for the network spoke with FOX News to reveal that it will air tributes to Beth following each episode during its typical four-hour Dog the Bounty Hunter block on Monday (July 1) morning.

The tribute is just the first step A&E is taking to honor the star of its longtime series (Dog the Bounty Hunter ran on A&E for eight years).

TMZ reports that A&E told the publication there are plans in place to run a marathon of Dog the Bounty Hunter episodes to honor Beth in the future. This news seems to be confirmed, since Dog himself shared a link to the TMZ article on his official Twitter.

Until the marathon airs, A&E will be recognizing Beth with the tribute pieces that will air at the end of its normal block of Dog the Bounty Hunter episodes.

After spending so many years in the public eye, Beth managed to touch millions of people. We sure do miss her.

Our prayers go out to Dog and the entire Chapman family during this sad time.