By Manly Bryant on May 8, 2020
Advertisement 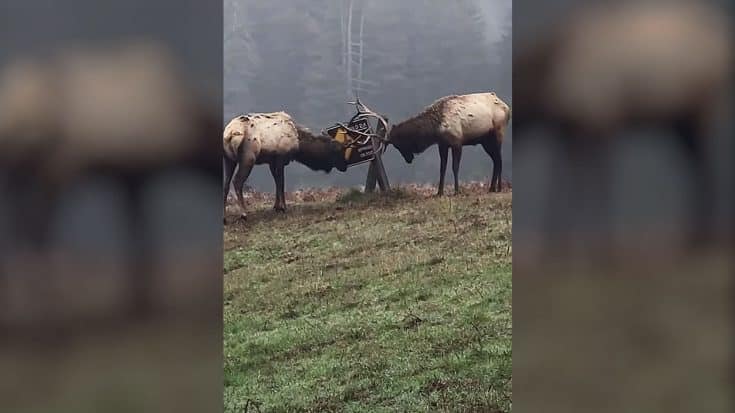 Two elk destroyed a sign at Redwood National Park that said, “Danger Wild Elk” while sparring with their antlers. The two elk playfully interlocked antlers and managed to tear the entire sign out of the ground.

This particular species of elk that live in the Redwood National Forest are called Roosevelt elk, and males can easily weigh up to 1,000 pounds. At this time of the year, the male elk rarely engage in a full-blown fight. That’s reserved for the fall when they attempt to show off and prove their dominance in front of the females. Those showdowns are violent affairs that end quickly. The play fighting seen in this video shows two bulls just practicing and developing their skills for the main event later in the year.

The park itself is located next to the small town of Orick, California – just 40 miles away from where a few scenes of the Jurassic Park movies were filmed. It’s truly a wild place and with fewer people around, the wildlife is starting to take over the more developed areas of the park.

Watch the video below to see the two elk in action!