By Manly Bryant on August 16, 2021
Advertisement 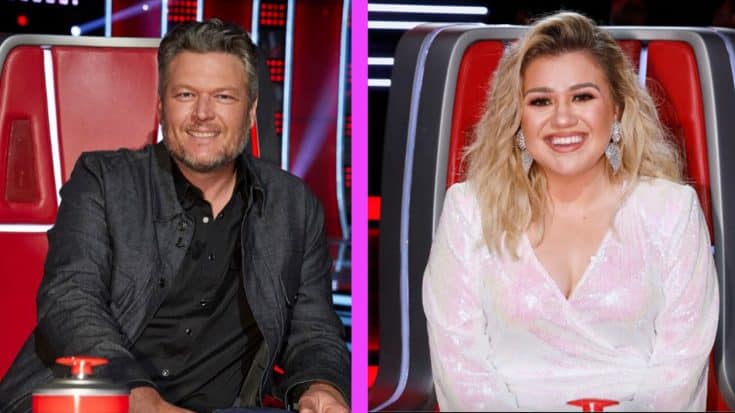 Season 21 of The Voice premieres in September, and per usual, the coaches will enlist one high-profile guest to serve as their team’s advisor for the Battle Rounds.

The official announcement came on Monday, August 16, 2021, after a teaser clip showed all four of The Voice coaches interviewing their Battle Rounds advisors, whose faces were blurred out as they spoke into a voice-distorting microphone.

Aldean who is one of the biggest names in country music, with multiple Entertainer of the Year awards under his belt, will lend Clarkson’s team his years of expertise to help go up against Shelton and his team, who has won his record-extending eighth Voice title last season.

Prior to teaming up on The Voice, Kelly and Jason have worked together once before, on their double-platinum 2010 duet, “Don’t You Wanna Stay.”

Shelton has been the resident country coach on The Voice more than any other celebrity and is the only coach that has appeared on every single season to date. Shelton and Bentley are longtime friends who own neighboring bars on downtown Nashville’s Broadway and have fans eager to see what the two can accomplish together this season.

Watch the coaches reveal their battle advisors in the video below.