By Manly Bryant on August 20, 2020
Advertisement 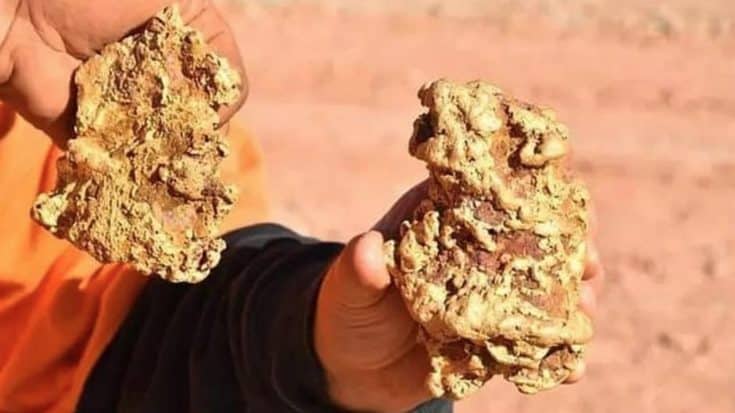 Some families have the same strong passion in life and Ethan West and his family are the perfect example of that.

Ethan, his dad Paul, and his brother-in-law Brent Shannon are treasure hunters. They use special mining technics to gold and over the past four years, they have discovered thousands of small pieces of gold. But their recent discovery is way more impressive than all of the previous discoveries.

Two giant pieces of gold were found near Tarnagulla, west of Bendigo in Victoria. The findings weighed 7.71 lbs and have an estimated value of $350,000. The family could trade it for up to 30% more if a collector is interested to buy it.

They use a mining technique that pulls the dirt to the surface and then they spread it out thinly on the ground to find the gold. They can recover more gold that way and it’s also safer.

“These are definitely one of the most significant finds. To have two large chunks in one day is quite amazing. Nobody has seen these pieces of gold for millions of years and we’re the first people to lay eyes on them. It is something that we love doing,’‘ Brent said to Sunrise. “It’s a sense of relief and achievement and accomplishment. It is a feeling like no other.”

Brent expressed his strong feelings of achievement and accomplishment after the family dug up the two giant gold nuggets.