‘Uh Oh!’ Chip & Joanna Gaines Are ‘In For It’ With Baby Crew’s Latest Milestone

By Jennifer Pernicano on July 30, 2019
Advertisement 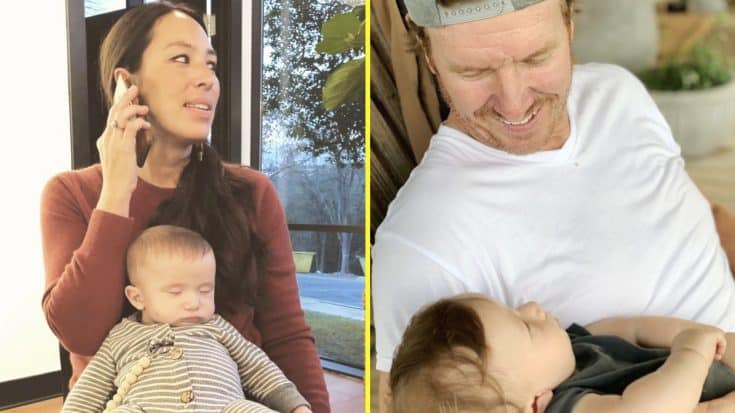 It’s hard to believe it, but little Crew is now one year old! Joanna shared some previously seen and some never-before-seen photos from his birthday to celebrate the milestone.

“One year ago. What a gift you are to all of us sweet boy,” she wrote in the caption accompanying the photos.

One year ago. What a gift you are to all of us sweet boy ❤️

Chip and Joanna wrapped up their famed television series Fixer Upper before Crew’s arrival, so we were pretty sad we wouldn’t get to watch him grow, but thanks to Instagram – we haven’t missed a milestone!

My very own snow angel. ❄️

On July 15, Chip shared Crew’s latest milestone – that he had taken his very first steps! The proud papa documented it with an adorable photo.

Little crew took his 1st steps today.. It was a good day!

As most of you may know, babies can take a few steps by themselves before they are classified as “walkers.” Sometimes, they just need to muster up some courage to forge out on their own! Just two weeks after taking his first steps, Crew proved that he didn’t need help anymore, and is officially a walker!

“… annnnd we have a walker!” she captioned it.

And they sure are! Chasing after a baby is tiring – but don’t worry, they’ve had LOTS of practice!

… annnnd we have a walker!