By Manly Bryant on June 9, 2022
Advertisement 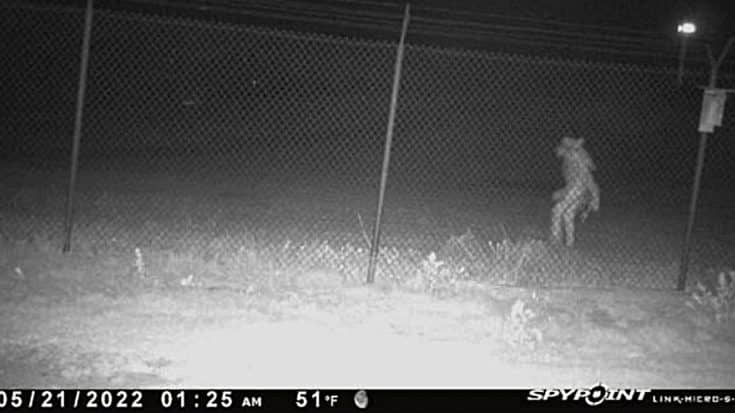 The Amarillo Zoo captured something so wild, mythological, and out of this world that The City of Amarillo is now reaching out to the public to help identify what the figure caught on camera was.

The incident was said to have happened around 1:25am on May 21 (2022) and security cameras captured the figure walking near a perimeter fence at the Amarillo Zoo.

“Was it a person with a strange hat who likes to walk at night? A large coyote on its hind legs? A Chupacabra? It is a mystery – for Amarillo to help solve,” the city said.

No one is one-hundred percent sure exactly what the strange thing was but news reporters suspected it was most likely a person wearing a werewolf costume that has a big wolf-like helmet for a mask.

As of now, news networks in Amarillo, Texas are calling the thing an Unidentified Amarillo Object (UAO).

“We just want to let the Amarillo community have some fun with this,” the City of Amarillo Director of Parks and Recreation Michael Kashuba told News Channel 10. “It is important to note that this entity was outside the Amarillo Zoo. There were no signs of attempted entry into the zoo. No animals or individuals were harmed. There were no signs of criminal activity or vandalism. It is definitely a strange and interesting image. Maybe Amarillo can help solve the mystery of our UAO.”

Take A Look At The Photo Below Shared By The City