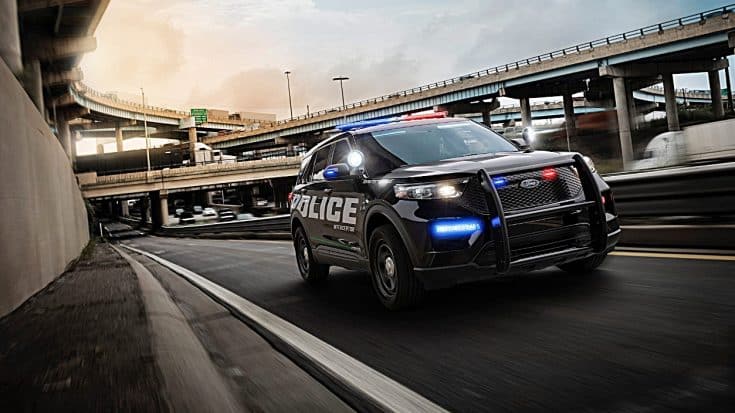 The Ohio Police Department has just received a brand new invention to help sanitize their police cars after transporting potentially COIVID-19 positive criminals to jail – it’s an SUV police cruiser that can heat itself up to 133 degrees Fahrenheit, for 15 minutes to kill off the virus.

The technology was created in March 2020 after Ford engineers got feedback from the New York City Police Department who determined that exposing coronaviruses to 132.8 degrees Fahrenheit for 15 minutes reduced the potential for catching it by 99 percent.

The superheating of the vehicle acts as a cleaning mechanism that disinfects areas so that if the officer picks up a person positive for COIVD-19, and then 30 minutes later has to transport another individual that doesn’t have the coronavirus, the second person is protected due to the disinfecting mechanism.

The software upgrade is only available for 2013-2019 Ford cruisers and is available immediately for large law-enforcement departments to add themselves, and smaller departments could work with Ford dealers to get the technology installed.

“Our studies with Ford Motor Company indicate that exposing coronaviruses to temperatures of 132.8 degrees Fahrenheit, for 15 minutes reduces the viral concentration by greater than 99 percent on interior surfaces and materials used inside Police Interceptor Utility vehicles,” Jeff Jahnes and Jesse Kwiek, two microbiology laboratory supervisors at Ohio State, said in a statement, according to Business Insider.