By Tiffany Smithson Aaron on May 26, 2021
Advertisement 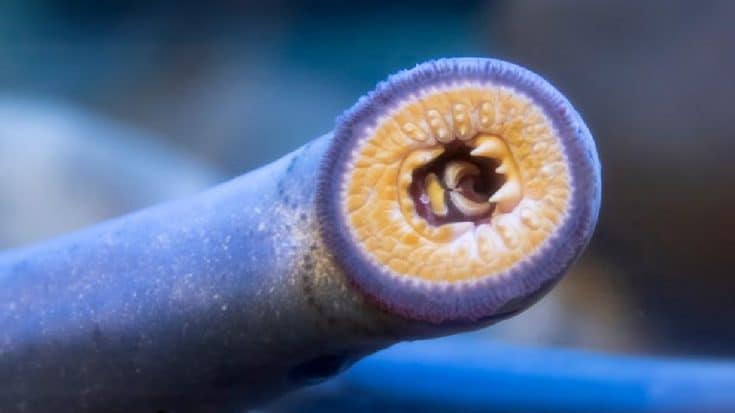 A rare and elusive fish is reportedly making its way back into the American River that flows just south of Sacramento, California. Also known as the vampire fish, the pacific lamprey was spotted twice by divers in the river this month.

Karl Bly, who has explored the American River for 40 years, said he considers the pacific lamprey a rare fish and tops his list of strange sightings.

“It looks like some sea creature from the deep. I’ve captured sea lions, river otters, crawdads, and lots of crazy things,” said Bly, adding that he hadn’t seen a full-grown lamprey in the American River since the 1970s.

“I haven’t seen a live full grown lamprey in decades in the American River. I’ve had sporadic sightings of babies. None more than 5 inches long and a few years ago I found half of a full grown but dead lamprey,” Bly said. “But this is the first full 24-inch lamprey that I’ve seen since like the 1970s.”

The lampreys are exotic looking eel-like creatures with suction mouths lined with teeth. They lack fins and scales like most fish, giving them a prehistoric appearance. The vampire fish make their way to fresh water where a female can lay up to 100,000 eggs at once.

According to the California Department of Fish and Wildlife, lampreys make their way to the ocean after hatching. They earned their name (vampire fish) because they attach themselves to a larger animal, like a dolphin, shark or whale, and then feed off of the larger host.

Vampire fish are native to the west coast of North America but have seen a steady decline in their population in recent years. In fact, the numbers have dropped drastically enough that the United State Fish & Wildlife Service has identified the fish as a Species of Special Concern. Evidence suggests that large declines may have occurred in the last 50 years, according to USFWS.

Get a closer look at the vampire fish in the video. And, if you get the urge to go for a swim in the American River, you might think twice. These ugly fish won’t hurt you, but the look of them alone might just scare you enough to keep you out of the water.