By Miranda Raye on August 14, 2019
Advertisement 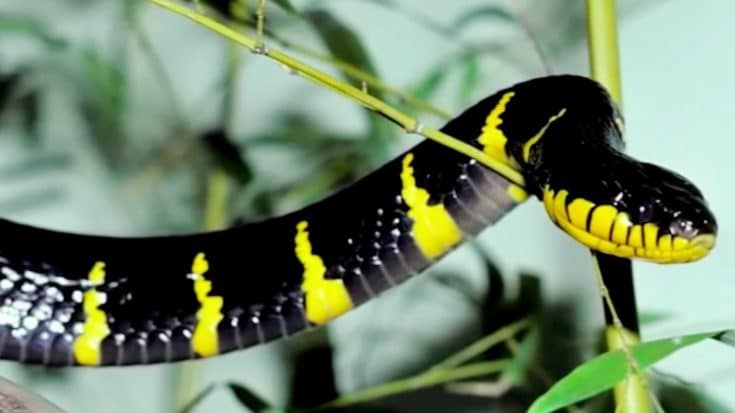 A venomous snake somehow managed to escape from its exhibit in one of America’s most popular zoos, and now it’s been missing for over a week.

In the evening on August 6, staff members cleaning up in the Bronx Zoo’s “JungleWorld” area noticed the Mangrove snake was missing. According to ABC7 News, the zoo went ahead and opened the following day, and posted signs in the JungleWorld area notifying guests about the escapee serpent. Visitors were told to immediately inform a staff member if they spotted the snake.

But why did the zoo feel it was safe to open its doors with a venomous snake on the loose? Well, even though Mangrove snakes are venomous, the zoo says they are only “mildly venomous” and pose no real threat to humans.

As for how the snake managed to sneak out, zoo staff believes it may have slithered through some mesh covering a vent in its exhibit.

So since the JungleWorld area is its own contained enclosure of sorts, staff felt that the snake was somewhere in there. But now that the snake has been missing for over a week, they no longer think that’s the case.

The New York Post spoke to some zoo staff for an update on the escapee snake on the one-week mark of its disappearance. The publication states that one zoo administrator said she “thinks it might be somewhere else in the zoo.”

Keep your eyes peeled in the Bronx ? A venomous (but not dangerous) snake is on the loose at the Bronx Zoo after slithering out of its enclosure, staff says https://t.co/zO8BDFn82h pic.twitter.com/1E5P4vPRuT

The New York Post also wrote that staff members say it’s likely the snake “could be anywhere by now.“

Surprisingly, this isn’t the first time a snake has escaped from the Bronx Zoo. In 2011, an Egyptian cobra found its way out of its exhibit and was missing for a week before it was finally found.

That experience should at least give staff members and visitors some hope they’ll eventually find the Mangrove snake as well. We’ll be sure to keep you updated when and if the snake is found.

Would y’all visit this zoo knowing that a venomous snake is on the loose there? We have to admit, we’d be hesitant!