By Miranda Raye on August 13, 2019
Advertisement 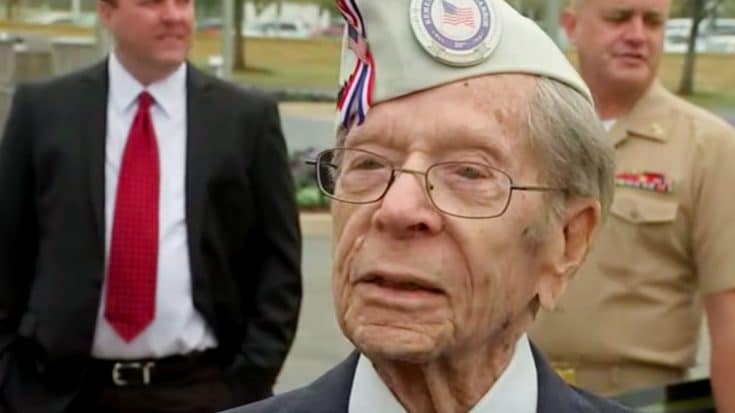 The state of Texas, and the U.S. as a whole, just lost one of its heroes.

On Saturday, August 3, Navy veteran Aaron Cook passed away at the age of 96. He was laid to rest in the national cemetery in Houston, Texas on Thursday (August 8) while friends and family gathred to pay their respects.

Before his passing, Mr. Cook would often speak to children about his time in the Navy. And he would always bring up a horrific piece of American history that he was on hand to witness…the attack on Pearl Harbor.

Aaron Cook survived the attack on Pearl Harbor, served through the war and came home to raise his family in Houston. #abc13 https://t.co/vcFUAJ4zUz

You see, prior to his passing, Aaron Cook was the last-known Pearl Harbor survivor in the state of Texas.

After enlisting in the Navy just days after his 18th birthday, Mr. Cook was stationed on Battleship Row in Pearl Harbor. He was 19 years old at the time of the attack, and recalled the events that unfolded during a 2016 interview with ABC13’s Ted Oberg.

“It was a pleasant day, just like all the rest of them,” he said, “Suddenly, we heard these airplanes coming over. Somebody said, ‘What’s going on?‘”

He also spoke about his experience in an earlier interview with Tulsa World.

Mr. Cook originally thought he was watching a practice attack, but soon realized that was not the case. Thinking back on the terrible things he witnessed, he told ABC13, “Oh, goodness. I grew up in one day.”

Following his funeral, Mr. Cook’s widow, Marjorie Cook, spoke to ABC13 about her husband. She said decades passed before he finally felt comfortable talking about what he witnessed. And once that sense of comfort came, he made sure to spread the word about his experience:

“He was a great storyteller, but he did not say much for a long time,” Mrs. Cook said. “I’d say it was 20 or 30 years before he’d ever talk about it. I think all of a sudden, it dawned on him what he’d been through. He was afraid that people were going to forget about that attack on Pearl Harbor. He wanted people to always remember that.“

Mr. Cook expressed those same sentiments in his 2016 interview. When explaining why he told children about the attack on Pearl Harbor, he said it was to help them realize it was an event that should never be repeated.

You can learn more about his experience by tuning in to the video below.

We salute Mr. Cook for his service. May he rest in peace…