Video Shows Fish With The Face Of A Human 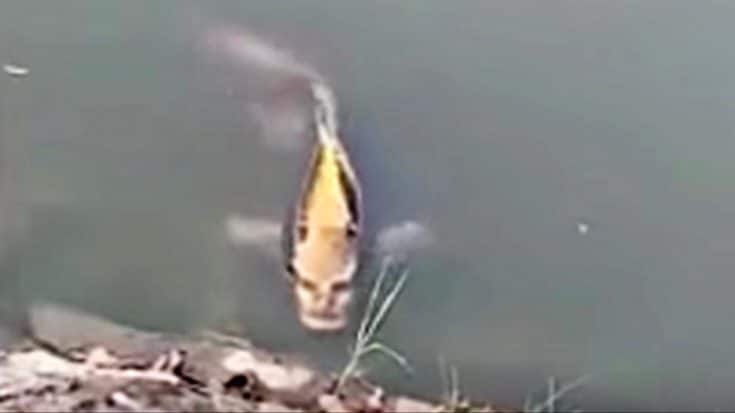 You’ve heard of the Loch Ness monster, and we all know that deep water holds secrets that many of us don’t want to think about. Imagine the surprise these tourists got while hanging out near a lake in China, when a fish with a human face popped its head out of the abyss.

Experts have identified the fish as a carp, and say that its unique appearance is due to an optical illusion created by its facial markings. While this is a reasonable explanation, it doesn’t make your first glance at the fish any less jarring.

Fish has a human-like face

This tourist spotted a fish that has a human-like face ??

When you look closely, you’ll be able to see that the fish does have its own standard fish eyes and mouth, and the second face is indeed caused by a unique pattern on the fish’s skin.