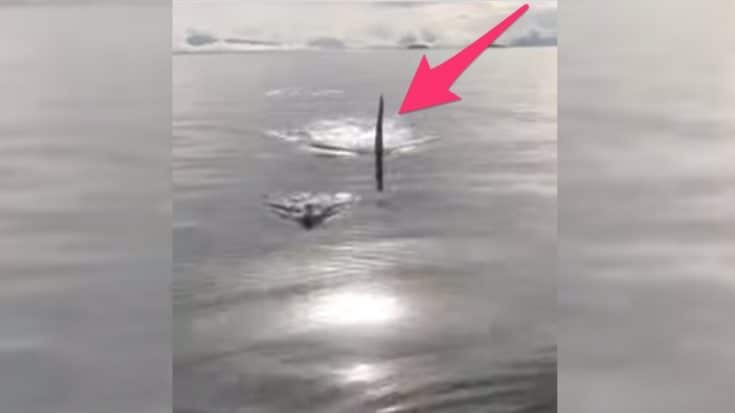 We often associate the look of killer whales with the movie Free Willy, but these giants can be anything but gentle. Killer whales, also known as orcas, are ferocious predators that don’t let much stand in the way of getting what they want.

Cal Robinson was out on a trip with his fishing company, Blackfish Charters, when he spotted some killer whales nearby. One of the people on his chartered trip had just hooked a salmon onto his line as bait for fish. Sure enough, the killer whale swam up to the boat and pulled the salmon with such force that the line peeled away from the fishing rod.

Could Have Been Worse

The orca didn’t take everything, though. They left behind the fish head before they decided to swim away and look for more food elsewhere. The people aboard the fishing boat were lucky – orcas are able to jump, and could have easily come closer in search of additional food.

Watch the wild video below.