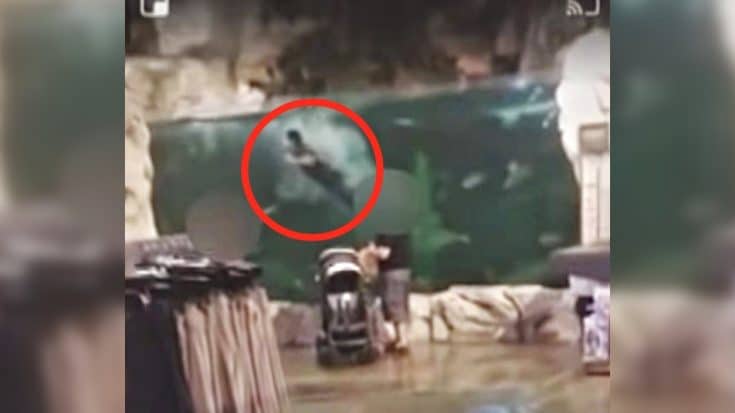 A social media challenge popular among teens is starting to recirculate the Internet right now. Known as the “Bass Pro Challenge,” participants record themselves jumping into the fish tanks at Bass Pro stores. Although the prank is illegal, videos of teens taking part in it have received hundreds of thousands of views online.

The latest incident was in Fort Meyers where cell phone footage shows a man walking up the stairs and then diving into the fish tank.

It’s unclear who the person is or when the video was recorded.

“This incident is illegal, dangerous and highly discouraged. We work with law enforcement to investigate all individuals who personally attempt or are involved with such activities.”

While this individual wasn’t reported to have sustained any injuries, others aren’t always so lucky. Back in 2017 a teenager participated in the challenge and cracked his skull when he jumped off the store’s 30-foot ledge and into the fish tank. After dealing with the head injury the teen was later prosecuted.

Regardless of the dangers involved, many commentators on social media point out that the stunt carries a lack of respect for personal property, and the animals affected.

Watch the cell phone footage of the stunt below.