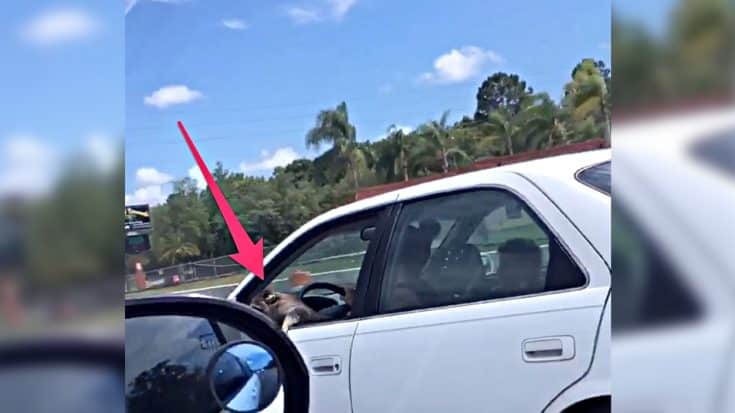 When you’re out for a sunny afternoon drive in your car in Florida, be on the lookout for Hank Williams. Nope, not a ghost, but a sweet pet raccoon.

Trisha Dunavant rescued baby Hank when he was only two weeks old. He fell from his mother’s nest, and she left him behind. When this happens, raccoons usually do not survive for long, as the are too small to find their own food and protect themselves from predators. Dunavant welcomed him into her home, and he quickly became like family. When asked about Hank, Dunavant said, “He thinks he’s a dog and is best friends with my 100-pound pitbull. He just had his first birthday.”

Dunavant says that Hank loves sitting on her lap while they ride in the car, just like a small dog. He likes to get out of the house and be around people, and he loves letting his little hands hang out the window as he catches the breeze while riding in the car.

You have to see the video to believe it.