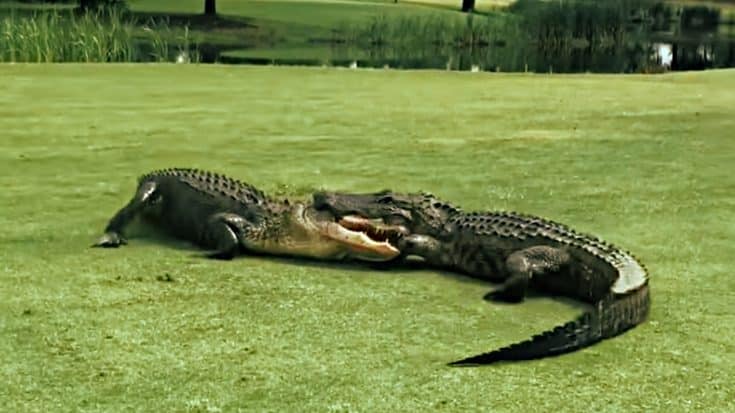 On a South Carolina golf course on May 20, 2020, golfers approaching the fairway of the 18th hole got more than they bargained for when they witnessed two large alligators ferociously fighting on the course.

The two alligators were locked in battle and neither had plans to give up the brutal fight anytime soon.

The alligators clamped down securely on each other’s faces with their jaws and tried to show their dominance by thrashing and twisting their bodies back and forth while making deep growling noises.

According to TMZ, a witness claimed the battle went on for over two hours!

In the comments of the post, some people explained that the alligators were exhibiting a mating ritual, while others insisted it was two males fighting for territory.

A few others commented that the fear of witnessing huge alligators on the course makes them never want to golf!

Either way, it was quite the show for the golfers and anyone who passed by!

Watch the two beasts battle it out in the video below.